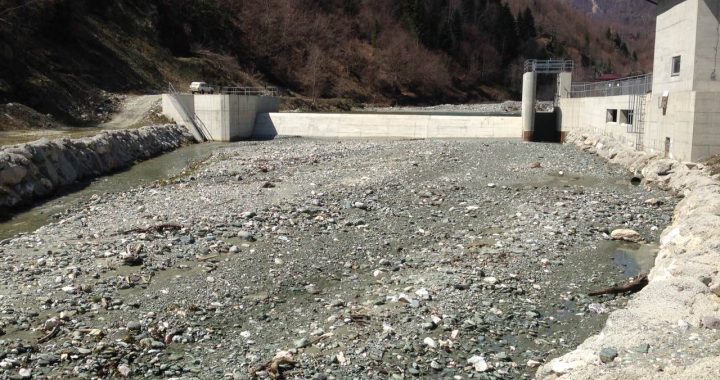 Fresh protests against the operation of three hydropower plants will take place in Decan on Saturday, as news that their licenses expired more than five years ago emerges.

Kelkos, the Austrian company that owns three hydropower plants in the Decan region, has been siphoning off water to produce electricity in the region without the correct licenses.

On July 10, the board of Energy Regulatory Office of Kosovo, ERO, decided to extend the deadline it set for the company to renew its licenses for 90 days.

“Since 2014, ERO has been reporting annually that Kelkos is illegally operating 3 hydropower plants in Decan and has allowed this to continue,”  reads the announcement of the protest from the Environmentally Responsible Action Group, ERA.

“Enough is enough! Join us this Saturday, July 13th, to protest against illegally operating hydropower plants in Kosovo, that are leaving Kosovo rivers dead, Kosovo citizens without water to drink and water their fields.”

The protest is planned to start at 11:00 in front of one of the hydropower plants.

Currently there are six mini hydropower plants in operation in Kosovo, which have the capacity to generate up to 10 MW of electricity, located in Strpce, Decan, Dragash, and Mitrovica.

In February, Kosovo Prime Minister  Ramush Haradinaj halted the construction of seven hydro power plants in different locations in western Kosovo after protests were held by citizens in Peja.

There are currently 87 planned projects involving hydropower in Kosovo, with more than 25 existing plants constructed in protected areas, according to the NGO River Watch’s ‘Save the Blue Heart of Europe’ campaign report, with the potential to damage Kosovo’s rivers irreversibly.