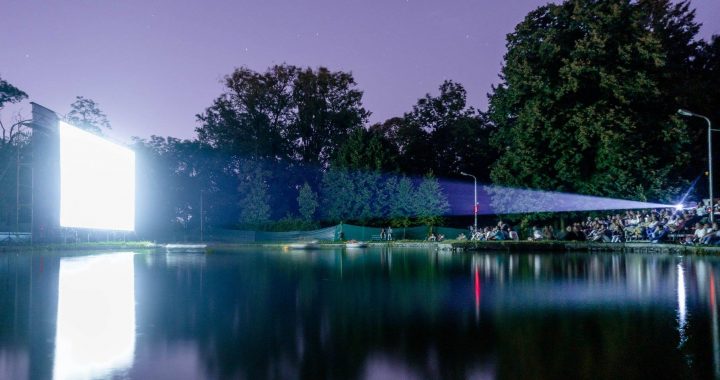 Kosovo’s 10th edition of the Anibar Film Festival opens on Monday, hosting a rich program of films and events around the theme ‘Hopes and Fears,’ designed to tackle the insecurities of young people and lift the spirits of those interested in using art for civic activism.

The tenth edition of Kosovo’s animated film festival, Anibar, kicks off on Monday in the eastern city of Peja.

Featuring more than 300 animated films from around the world, the theme of the festival will be ‘Hopes and Fears,’ hosting a rich program of films and events designed to tackle the insecurities of young people and lift the spirits of those interested in using art for civic activism.

According to Anibar’s Media coordinator, Leonora Aliu, the highlight of Anibar’s tenth edition is a series of presentations from people involved in the famous adult animated television program, Rick and Morty.

Brian Newton, the director of three previous series of Rick and Morty, and Matt Taylor, who produced a movie named ‘Rick and Morty Exquisite Corpse,’ will have presentations at the Jusuf Gervalla Cinema in Peja on Friday and Saturday.

Among the special animation programs, said Aliu, Anibar is the only festival in the region to have a program specifically dedicated to women animators. The program, named ‘Tricky women: bright spots and pushing boundaries,’ will air on Tuesday afternoon.

On Thursday Anibar’s Balkan Program will air, a series of animated films from artists in the region.

“We’re really proud to have one really good film in the program coming from Kosovo,” said Vullnet Sanaja, director of the festival. The film, called ‘Into the frame,’ is about a man named Agron who “struggles to understand that things around him will not change, if he does not change himself.”

On top of the rich program of animated films, Anibar will have a series of four panel discussions as well as workshops for adults and children throughout the week.

The panel discussion ‘Art in Political Activism in Kosovo,’ to be held on Friday evening, will feature the leader of opposition political party Vetevendosje, Albin Kurti, alongside ‘the legendary leader’ of the satirical political Strong Party, Visar Arifaj, and famous contemporary artist Sokol Beqiri.

“We have a preoccupation with the past here, we want to look at how people were able to use art in a time even worse than now to inform ourselves on how it can be used today,” Aliu explained.

Sanaja is most excited about Anibar’s growing educational program.

“We’re adding a Virtual Reality workshop, teaching how to actually animate with VR. We have a master class on film criticism,  how to become aware of the artistic elements within the short films to give them the treatment they deserve.”

“That is something we are really lacking here, the development of critical thinking and analytical thinking,” he continued. “The message doesn’t get transferred through the animation into the written piece.”

Animation workshops specifically for children will also be held, allowing them to learn the basics of animation. According to Aliu, children’s interest in learning animation has peaked thanks to Anibar’s weekend animation workshops held in Prishtina and Peja throughout the year.

“The kids will have the chance to produce their own animated story and also, through music, compose the soundtrack for that story,” she said. “There is scientific proof that learning animation helps to develop children’s cognitive abilities.”

“Using film as media, they have a better understanding of what’s going on around them, to understand the political and social situation and develop critical thinking about these phenomena,” she continued.

The theme of this year, ‘Hopes and Fears,’ also plays into this, said Aliu.

“When you live in a society where politicians are indifferent towards changes in the environment and people, we need to use everything at our disposal to combat it. Art, we think, t is the best way to do that.”

Aliu said that for the opening event of the festival, the Anibar team asked about young people in Kosovo what their hopes and fears are.

“Kosovo is changing, and this indifference towards these changes is creating insecurity, a fear, among people. But fear often comes with the hope that this insecurity will end one day,” she said. “The responses we got from young people were incredible, but I can’t tell you what they are, you’ll have to come to the opening ceremony to find out.”

The festival takes place across five different cinemas, two in the city, Jusuf Gervalla cinema and the Istref Begolli theater. Sanaja explained that this number was almost reduced to four.

“We had to undertake a campaign to save the Jusuf Gervalla cinema from being taken and sold by the Kosovo Privatization Agency. It became the symbol of activism from the citizens of Peja,” he said, laughing.

The other three cinemas can be found inside Peja’s largest park, one at the basketball court, one inside an old monument and one that looks across a lake.

“You can sit in little boats on the lake while you watch the films,” said Sanaja.

Anibar’s evening program is enjoyed entirely in the open air and under the stars, and the area so picturesque that BoredPanda named Anibar’s lake cinema as the 11th most beautiful cinema, to visit in the world. Also ranking on the list is the cinema built on the riverbed in the center of Prizren during the Dokufest documentary film festival held in Kosovo in August.

The festival will also be hosting afterparties from Monday to Saturday during the festival, with a mixture of jazz, reggae, house and electronic music to be played at the basketball court in the park in Peja. Aliu explained that they tried to focus on bringing foreign artists to play this year.

“One of the biggest fears of young people in Kosovo right now is lack of movement, so since kosovars cannot be abroad to go and see the world, we thought we’d bring the world to Kosovo,” she said.