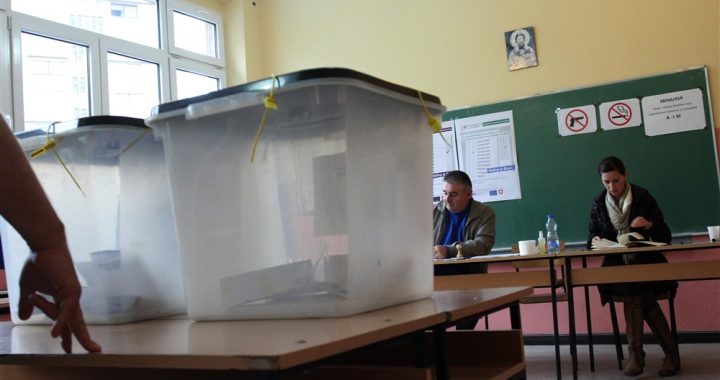 Extraordinary Elections in the North to be Held on December 18

Extraordinary elections for mayors of four northern municipalities with Serbian majority to take place after one month, confirmed President Osmani.

This date was decided after the proposal of the president of Kosovo, Vjosa Osmani, in a meeting held on Monday with representatives of political parties.

“The law stipulates that elections are announced upon resignation. December 18 is the predicted date. I will request international partners to monitor the elections,” Osmani said.

Serbian List, home party of the four resigned mayors in the North,  announced that they will not participate in those extraordinary elections.

Taking into account Prishtina’s decision for extraordinary local elections, the Serbian List will not take part in these elections, nor will the citizens who support our party, of which over 95% are in these areas, they announced on Tuesday.

Former Serbian minister in the Government of Kosovo, Aleksandar Jabllanovic, also participated in the consultative meeting with the political parties. He participated in this meeting as the leader of the Party of Serbs in Kosovo.

Osmani said that hopes that as many citizens as possible will participate in the vote, adding that the security institutions will take all the necessary measures so that everyone feels safe.

The resignation of the four mayors of municipalities with a Serbian majority in the north of Kosovo came after the suspension of Nenad Djuric from the position of the director of the Kosovo Police for the north.

He was suspended after refusing to issue reprimands to owners of cars with illegal license plates.

This suspension followed the withdrawal of Serbian officials from the institutions of Kosovo in the north and the deputies of the Serbian List from the Assembly of Kosovo.