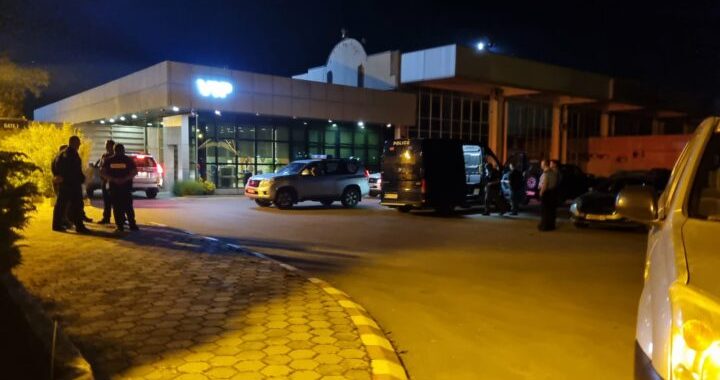 On Thursday, a potential bomb threat was reported at Prishtina’s International Airport Adem Jashari. The bomb was suspected to have been planted on a flight from Rome to Prishtina.

After receiving the warning, the police checked the bags of all passengers coming from Rome. Anti-bomb units also arrived at the scene.

The Chief of Police at the aiirport, Shpend Maliqi, confirmed that after checking the passengers’ luggage, the bomb alert turned out to be false.

“Tonight, around 22:00, we received information about a bomb threat on the flight from Rome to Pristina. All relevant units … were notified immediately. The passengers were evacuated to a safe place and the flight and luggage completely checked; it was a false alarm,” declared Maliqi.

Further, he said that the 200 or so passengers who were on the plane were in good health.

The first false bomb alarm in Kosovo was reported in December 2021, at Pristina Bus Station. Three more false alarms about bombs planted at the bus station followed on January 5, January 15, and February 15, 2022.

In recent weeks, similar alarms have been reported in the Xhevdet Doda high school in the capital and at the building of the Rectorate of the University of Prishtina.

A series of bomb threats has disrupted Montenegro, Serbia, Croatia, Bosnia and Herzegovina and Kosovo.

Serbia has experienced these threats for some two months. The worst day was on Monday, May 16, when 97 primary and some high schools in Belgrade received bomb threats, as well as some shopping malls and bridges.

Montenegro has also faced false bomb alerts since late March. In late April some schools and some municipal buildings were evacuated in response to anonymous threats. The Ministry of Education, Science, Culture and Sport said classes were suspended in 41 schools in the capital, Podgorica, and around the country – and in all kindergartens.

A false bomb threat was also reported in Croatia at a shopping mall in the capital Zagreb on 18 May.

While, In February, staff at a court in Sarajevo, Bosnia, were evacuated from the facility after the report of a bomb, which also turned out to be a false alarm.