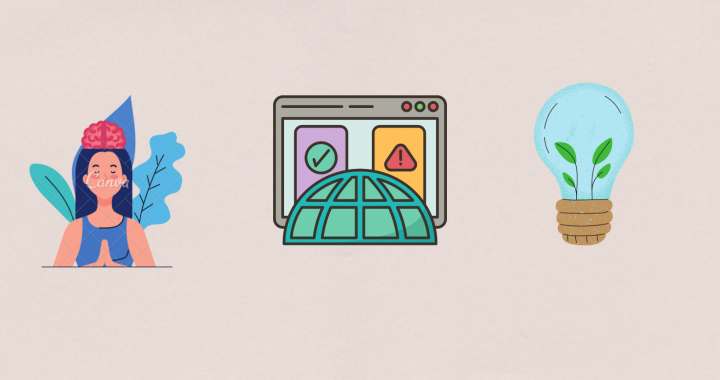 Kosovo Pupils Demand to be Heard, Save the Children Report shows

Study published by Save the Children says youngsters want to be heard on issues ranging from cyberbullying to climate change.

According to the report, 84 per cent of Kosovo’s children think that it is important that politicians and decision makers hear what children think.

“In most cases, our word has not been heard. Politicians have taken into account our needs only when they were interested in who is winning,” said a 14-year-old girl.

Save the Children Kosovo says in the report “New Voices”  that much work remains to be done in establishing a solid foundation for the implementation of the rights of all children in Kosovo.

Linda Hoxha, author of the report, said that the comprehensive participation of respondents to this survey made the research credible and valuable.

“The main or essence of the research have been topics such as children’s participation in decision-making, education, security, climate change and the environment; that was a new part, something that was not measured in 2016 in the same research. COVID-19 -related issues are also a new topic, and mental health,” she said.

A coalition of NGOs, for the Protection of Children in Kosovo, KOMF, has also said that children’s rights in Kosovo continue to be violated.

They have called on institutions to make children a top priority.

According to data provided by the Ministry of Labor and Social Welfare, over 50,000 children in Kosovo live in extreme poverty, with children from ethnic non-majority communities at higher risk.

The pandemic, online learning and the need to always perform well in school, seem to act as risk factors for children’s mental health.

Some 46 per cent of children declared having been feeling sad or anxious due to COVID-19 and 58 per cent reported have felt stressed over their grades, which is 8 per cent higher compared to the Young Voices Survey in 2016.

“We do not have a psychologist in our school and we really need one to help us,” said another 14-year-old girl.

Almost four out of five children experience stress over their grades,the  data show.

“Online learning [because of the pandemic] has been a source of stress because some children did not have the [right] conditions and got poor grades,” said a 14-year-old.

Another of her peers said that due to online bullying, she now has no account on social networks.

The survey showed that 35.3 per cent of children felt bullied or harassed this year.

When asked about cyber bullying, 85 per cent of children said Kosovo needs to do more in order to prevent it. Children declared that they need to be informed about internet safety and how they can protect themselves on it.

Some 65 per cent of Kosovar children stated that Kosovo needs to do more to address climate change and sustainable development. 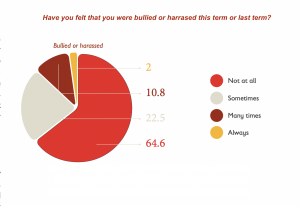 “Environmental pollution has been normalized,” said a 15-year-old girl.

Children also declared that they lack information on climate change and the environment and would like to be properly informed in schools on these issues. 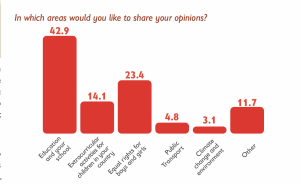 “The participation of children at municipal level is very small, which is a right that’s being denied to us,” said a 15-year-old.

Data show that 80 percent of Kosovar children see their future in a positive light and 60 percent think they will be able to find work after completing their education.

Inspired by Save the Children Sweden’s survey, conducted and finalized in 2014, Young Voices is a pioneer form of research which tackles areas that are new and unexplored in Kosovo, such as the gender spectrum, climate change and environment and participation.