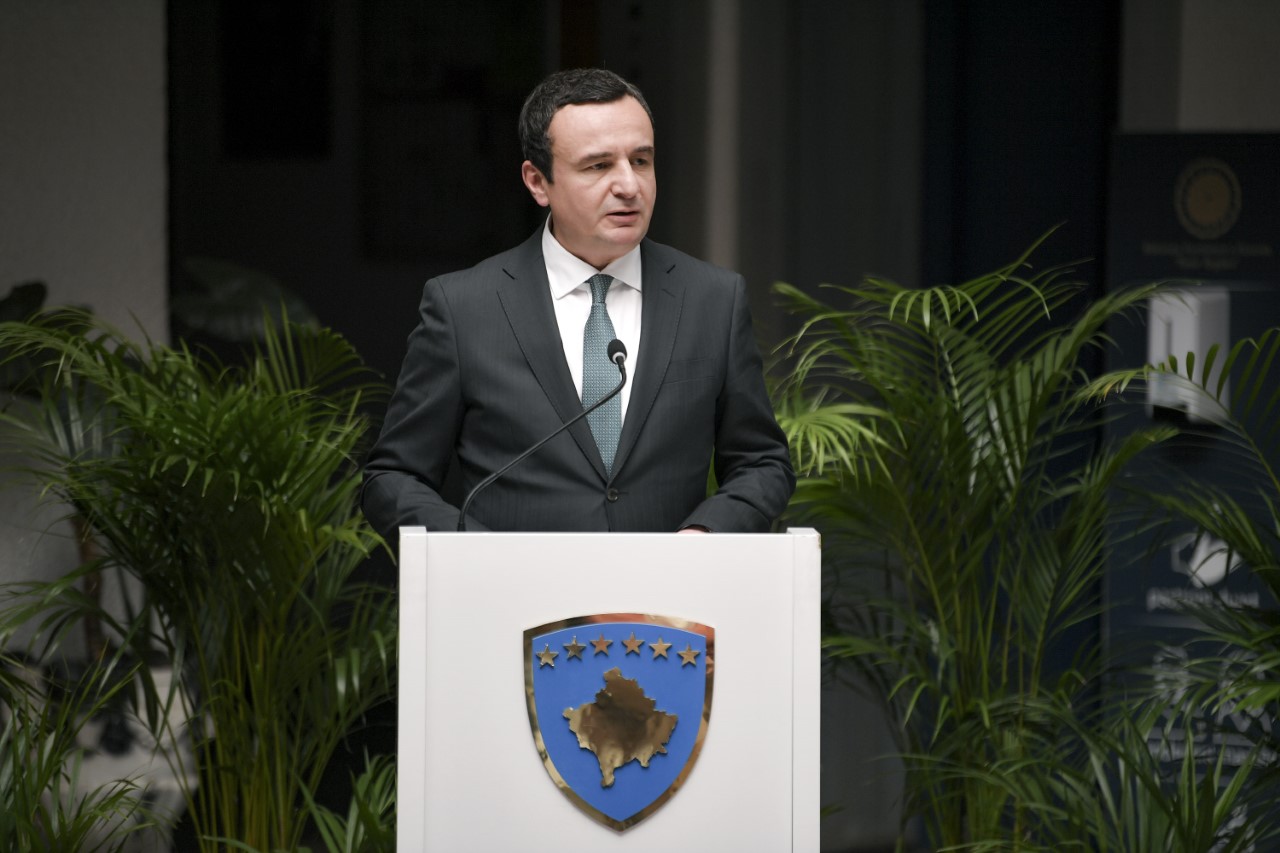 The Prime Minister has rejected the invitation of his counterpart in North Macedonia, Dimitar Kovacevski, to participate in the Open Balkan Summit, due in Ohrid on June 7-8.

Kosovo PM Albin Kurti has rejected an invitation from North Macedonian Prime Minister Dimitar Kovacevski to attend the next Open Balkan meeting in Ohird in June, saying Kosovo remained committed to the existing so-called Berlin Process, a German-back initiative approved by the six Western Balkan countries at the Sofia summit in 2020 and fully supported by the European Union.

Kurti stressed that the two countries share common values ​​and aspirations to join the European Union, which is why he has undertaken reforms that fight corruption and promote the rule of law.

“This is why we have undertaken reforms that fight corruption, promote the rule of law, advance our economies and increase opportunities for all,” he wrote.

“And why both our countries are constantly aligned with the EU foreign policy, including opposition to the unprovoked and unjustified occupation of Ukraine by Russia, where we quickly condemned and imposed sanctions against the Russian Federation, despite the economic difficulties,” the letter published by the government of Kosovo added.

Kurti further said that Kosovo and Northern Macedonia should work together to prevent Serbia from promoting Russian and Chinese interests in the region.

“Given the common values ​​between our two countries, it is in our interest to work together to prevent Serbia from promoting its Russian and Chinese interests in our region, while constantly denying Kosovo’s independence, sovereignty and territorial integrity, and blocking equal opportunities for the citizens of Kosovo,” he emphasized.

The Open Balkan initiative is a continuation of the plan for a Balkan passport-free “mini-Schengen” area. This was presented in Novi Sad, Serbia, on October 10, 2019, by the leaders of Serbia, North Macedonia and Albania.

Kosovo opposes the initiative, partly because it insists that Kosovo must be represented as an independent state within any process, including this one; Serbia strongly denies Kosovo’s statehood.

Participation in the next Open Balkan summit has been confirmed by the Prime Minister of Montenegro, Dritan Abazovic.

Bosnia and Herzegovina also does not support this initiative.