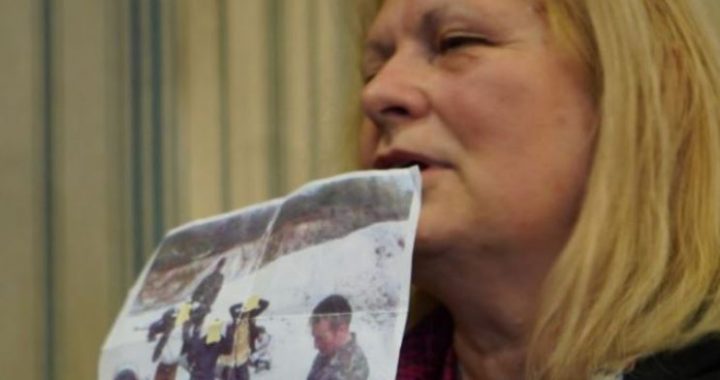 Flora Brovina concedes “war rape photo” may not be genuine

Kosovo MP accepts that controversial photo allegedly containing images of sexual violence from the Kosovo war might be “fake.”

On Friday afternoon, Flora Brovina, an MP from the Democratic Party of Kosovo, PDK, accepted that the photo she made public yesterday allegedly depicting a wartime rape in Kosovo might not be “authentic.”

After being interviewed by the Kosovo State Prosecutor, Brovina held a press conference in which the deputy apologized for her actions. “I apologize to all, especially to wartime rape survivors, and I accept the fault for having not verified the image once more before going to the public,” she said.

Kosovo’s Special Prosecution launched an investigation into the picture after online searches turned up the same image on web pages that suggest it was actually taken during the Iraq war.

Brovina justified her error by claiming that the picture was given to her over 15 years ago. “I never thought that someone would bring me photos that are not verified,” she said. “This is a document among other documents that I have preserved since 2003. I was told this image was taken in the Dukagjini region. I was given it by an activist whose name I don’t know, as I forgot.”

When asked whether she will resign she replied: “I am ready for anything for the good of the state.”

Yesterday’s publication of the image, revealed at a press conference called by Brovina at the Kosovo Assembly, sparked a huge reaction from politicians and members of civil society, particularly those that work to support survivors of wartime sexual violence.

Vasfije Krasniqi Goodman, one of the first women to speak publicly about her experience of being raped during the Kosovo war, also condemned the incident.

“Don’t use our pain and suffering for your own gain,” Krasniqi Goodman wrote on Twitter.

A march in support of survivors of sexual violence during the war will be held on Monday organized by the Kosova Rehabilitation Center for Torture Victims.