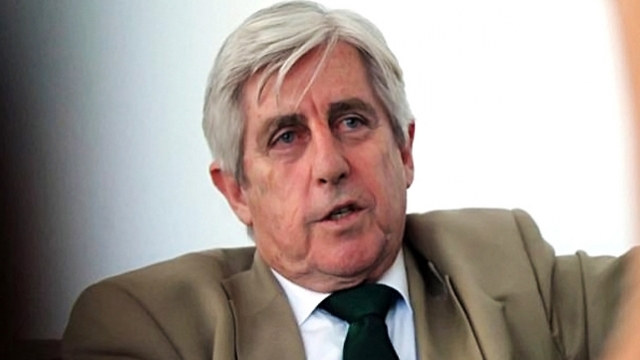 As the country waits for the decision of the Constitutional Court regarding the legality of Avdullah Hoti’s nomination as Kosovo’s next prime minister, Alexander Borg Olivier, a former legal advisor to President Hashim Thaci, explains why Thaci’s decree is unconstitutional.

A decision from Kosovo’s Constitutional Court is expected in a matter of days, responding to the challenge submitted by Vetevendosje to the nomination of LDK member Avdullah Hoti as the country’s next prime minister by Kosovo President Hashim Thaci.

Alexander Borg Olivier was UNMIK’s chief legal advisor for eight years, and also served as legal advisor to Thaci during his time as prime minister between 2008 and 2010. He warns that the president’s attempt to form a new government after the successful motion of no confidence against the Kurti Government in March without new elections is not foreseen by the country’s constitution.

In an exclusive interview with BIRN, Borg Olivier says that if he was advising the president now, he would tell him that the Kosovo Constitution implies that there needs to be an election, not a new government. He also raises his concerns over the lack of “political culture” in Kosovo, and for the independence of the judiciary that will issue this controversial decision.

Jeta Xharra: Mr. Borg Olivier, you’ve been involved in advising Kosovars on constitutional matters even before Kosovo became independent and you have seen this country in its embryonic constitutional phase. Can you describe your involvement?

Alexander Borg Olivier: I have been in Kosovo since October 2000, first as a legal advisor for UNMIK. I was the key legal advisor involved in setting up the Constitutional Framework for Provisional Self-Government in Kosovo in 2001. This was the constitutional framework that set out the basic elements for the state, all the stepping stones needed for Kosovo’s statehood.

After the riots of 2004, when progress had come to a standstill it became imperative to move the process forward to allow for a political settlement on Kosovo’s future statehood.  During this time I remained in Kosovo as an UNMIK legal advisor, coordinating all the steps envisaged in the Ahtisaari plan and preparing Kosovo institutions to assume full responsibilities after independence.

I supervised the transition from UNMIK administered Kosovo to the new Kosovo. I was not involved in the actual drafting of the constitution, but I was regularly consulted and I drafted everything else that followed the parameters of the Ahtisaari settlement plan. After independence I was asked by Hashim Thaci, who was then prime minister, to stay on as his special advisor between 2008 and 2010.

Xharra: How was it working for Hashim Thaci by the way?

Borg Olivier: I like the man on a personal level, and I believe he sees me as a friend. I see the Machiavellian in him politically, but still consider him a friend. In my work I had to give legal opinions to the most powerful people in the world, and they thanked me for it. They never condemned me for it.

Xharra: This constitution has been subject to interpretation in the past, and now it is again. Not a single government since Kosovo declared independence has been able to complete a full mandate. The common denominator over the last 12 years has been that, whenever governments have collapsed in Kosovo, the constitution and the Constitutional Court become the key to finding the solution to the situation. Is there anything you want to say about this?

Xharra: What did you think of the Constitutional Court’s decision to delay its key decision until 29 May?

Borg Olivier: I am delighted that they delayed this decision until 29 May given the public health emergency. This decision gives the country a chance to manage the pandemic in a stable manner. I was afraid the Constitutional Court would just say: “Let’s go forward with the next government” and that would have been a disaster. You can’t form a new government without a clear constitutional basis for doing so especially when you need stability in a moment of crisis. You can’t allow a controversial government to take over and cause division.

Xharra: So what now?

According to the Kosovo Constitution, the prime minister’s position is considered vacant only when he resigns, dies, loses the capacity to exercise his function or is convicted of a crime, which then makes it impossible for him to carry out his functions. In such a situation, the president may invite the governing coalition to nominate a new Prime Minister. This is emphatically not the situation in which the Republic of Kosovo finds itself in at this moment.

However, it was the situation that arose in Kosovo in 2019 after Prime Minister Ramush Haradinaj resigned. In compliance with the standards set by the Constitutional Court, the president asked the largest coalition governing Kosovo at that time to select a new candidate. After that coalition refused, the president did not take steps toward the formation of a new government.

The Kosovo Constitution does not provide for any other situation in the formation of a new government in the event of a successful motion of no confidence. The Constitution of the Republic of Kosovo does not recognise any role for the President of Kosovo or the Kosovo Assembly’s right to elect a new government after such a motion. It recognises only the right of the president to dissolve the Assembly in accordance with Article 82.2 of the constitution.

Xharra: But doesn’t our constitution allow for the president to propose some other option, rather than an election, if the situation does not permit for an election?

Borg Olivier: The only situation in which the mandatory recourse to new elections can be avoided is extraordinary circumstances, like a public health emergency. That may warrant avoidance of elections and the formation of a new government if there is the unanimous consent of all the political parties represented in the Assembly, without any exception, to form an alternative government – for instance a temporary government of national unity or a technical government.

If such a consensus allowing for a suspension of the constitutional requirement for new elections doesn’t exist, the president is left with no other option other than dissolving the Assembly. He may delay the date of dissolution where he deems this to be necessary. This delay would keep the caretaker government in place following the successful vote of no confidence which brought the prime minister’s mandate to an end.

At a time when Kosovo is in a public health emergency confronting the devastating COVID-19 pandemic, the prolongation of the caretaker government of Prime Minister Albin Kurti and delay of new elections would be the appropriate and responsible course of action in the national interest.

But in order to have a departure from the norm, you need unanimity among all participants, and then you can suspend that norm and do something different. If you want to depart from the norm, it is not the president who has to do that, it has to be all the parties.

Xharra: He did consult them. He called them for a meeting on April 22 and asked them if they are willing to have another government formed with this parliament.

Xharra: Why could he not form a new government?

Borg Olivier: Because the formation of the new government can only be proposed after the prime minister resigns, becomes incapacitated, or is unable to fulfil their functions. Articles 83 and 95 of the constitution are clear about this.

Xharra: And what do you think of the letter that the prime minister wrote back to the president on 13 April?

Borg Olivier: If I was legal advisor of the government, I would advise it not to answer that letter at all. We seem to be in a situation in which this government can not continue, but the president is nevertheless attempting to entrust another government to be formed and to take over.

Xharra: But clearly this president wants to give the mandate to the party that came second in the election to form the government, despite the fact that the greatest legal minds in PDK, like Arsim Bajrami, are advising that he needs to call an election. Other legal experts have warned that there is no time limit for when the winning party should return with a proposal for the president for a new government. We had this situation in 2014 when PDK won and did not give the name of the new prime minister to President Atifete Jahjaga for more than six months. Does the president now have the right to give the mandate to the second party? Is the situation any different to that of 2014?

Xharra: How does the Constitutional Court decision that was taken in 2014 affect the situation now? How is it similar or different?

Borg Olivier: At that time, the debate was about whether the president should invite the leader of the party with the relative majority of votes in the election, or whether he should invite the leader of a coalition capable of having the majority support of elected parliamentarians to form a government. There is a difference between a party having won a relative majority of votes in an election, and a coalition or group with majority support to govern in parliament.

We are not in that situation now. The government has been brought to an end, and you cannot pick the fruit of the election that formed it anymore. That tree is dead. In 2014, on the other hand, you had a fresh election, and the Constitutional Court made the controversial decision that only the party that won the election has the right to form the  government.

Borg Olivier: Yes that could be true, but that is corruption. They could very well be subject to political influence and they may decide in favour of those who exert the most power. The Court has unfortunately manifested a tendency to change its interpretation and reasoning to suit whomever currently exerts the most political influence and power on the matter before it. This has diminished the credibility and respect that citizens of the Republic have for the Constitutional Court.

Xharra: So what if they decide in favor of the President? Or, even if they don’t, they still decide on an option which allows for the formation of some kind of government now?

Borg Olivier: They would be totally wrong. I would fail them in an exam if they were my students, fail them for not reading Article 95. Just because they think Thaci is very strong they can not bend that article. I hope we are a rule of law country which respects the constitution, and has a separation of powers between assembly, judiciary and executive.