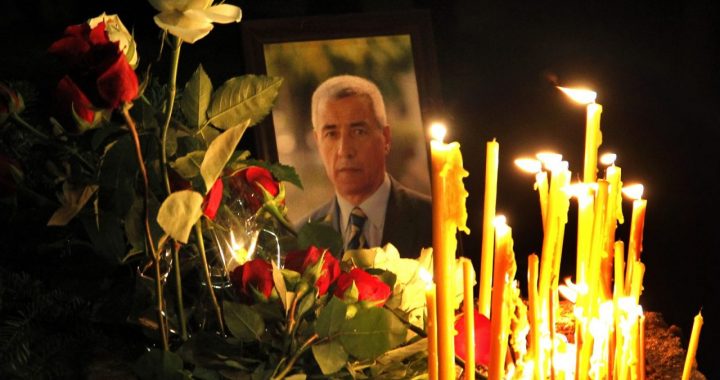 Allegations by former EULEX judge Malcolm Simmons have caused controversy about the war crimes case against Kosovo Serb politician Oliver Ivanovic, who was murdered before the end of his retrial.

The lawyer for murdered political party leader Oliver Ivanovic said on Tuesday that allegations made by Malcolm Simmons, former head judge at the EU’s rule-of-law mission in Kosovo, showed that the war crimes prosecution of the Kosovo Serb politician was a “fabricated court case.”

Simmons told MPs on Kosovo’s Parliamentary Commission on Legislation on Monday that he was pressurised to bring forward the prosecution of Ivanovic for political reasons, in order to prevent him from running for office.

“The head of the [EULEX] mission… made it clear to me that he did not want Ivanovic to run in the next local elections in Kosovo,” Simmons said.

BIRN contacted Simmons to clarify which head of the EULEX mission he was referring to, but did not receive an answer by the time of publication.

Ivanovic’s lawyer in the war crimes case, Nebojsa Vlajic, told BIRN that he is “absolutely sure there is a lot of truth” in what Simmons said.

Vlajic said he did not know if EULEX was trying to “prevent Oliver from running.” But, he thought that the EU mission was under pressure because “they did not charge anyone with high profile, especially not a Serb, and they needed such a case.”

Vlajic said that EULEX judges were “at a high level in terms of their expertise and professionalism” but that he did not believe in their impartiality.

Ivanovic was found guilty in 2016 of war crimes and sentenced to nine years in jail for ordering the murders of Kosovo Albanians. But the appeals court sent the case for a retrial, and the case was ultimately dismissed after Ivanovic was shot dead in 2018.

EULEX responded by saying that Simmons’ claim was “unfounded” because Ivanovic “did take part in the November 2017 elections.”

It said that its judges and prosecutors were fully independent.

“Simmons was aware of all judicial activities, participated in directing and supervising the work of EULEX judges, evaluated their performance and participated in the selection of judges and in case allocation, including in the Ivanovic case,” its press office told BIRN on Tuesday.

Simmons first made accusations against EULEX after resigning as a judge in 2017. The EU mission then revealed that Simmons himself was the subject of several investigations into alleged wrongdoing.

Prior to his assassination, Ivanovic ran in two elections as a rival to Srpska Lista, the only Belgrade-backed Serb political organisation in Kosovo.

He was gunned down in front of his party’s office in the northern Kosovo town of Mitrovica in January 2018. The trial of six people accused of participating in the murder is currently ongoing in Kosovo.

The alleged leaders of the organised criminal group that killed Ivanovic are Serbian businessmen who have long been suspected of criminal activities by Serbia’s security services – Milan Radoicic and Zvonko Veselinovic.

The Serbian authorities have not made any response to Simmons’ claims.