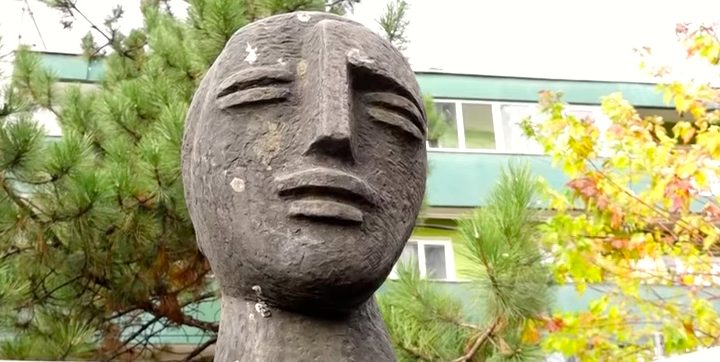 Monument to the fallen of the Anti-Fascist War.

On Saturday, Gjilan residents will hold a protest against the relocation of a 1960s monument dedicated to the fallen of the 1941-1945 Anti-Fascist War.

During the past week, residents partook in tense debate regarding the news of the statue’s planned relocation. Meanwhile, civil society is asking that the monument stay erected in the same place it has stood for the past 50 years.

The decision for the relocation of the Yugoslav-era monument from the city center was taken in April by Gjilan’s Municipal Assembly. After the decision to erect 10 statues, busts, and commemoration plates, a committee was appointed to determine the locations for the placement of these monuments.

“The decision was made in April 2017 by the Gjilan Municipal Assembly,” said Naser Korca, Director of Public Services in the Municipality of Gjilan, “with an absolute majority of votes from both the governing as well as the opposition sides. Also, in the same meeting we assigned a committee which will decide on the location where the statues and busts will be placed in Gjilan.”

The Mayor of Gjilan, Lutfi Haziri, declared 2017 as the “Year of Idriz Seferi” and it was decided that his statue be commemorated on November 28, for Albanian Independence Day.

Idriz Seferi, born in one of Gjilan’s villages, was a military leader during Albania’s struggle for independence from the Ottoman Empire in the beginning of 1900s, and is best known for his battles in the area of Kacanik Gorge. He died in 1927.

The municipal assembly decided to put the statue dedicated to the military leader in the location designated for the monument for fallen martyrs of the Anti-Fascist War – a monument designed by Ante Grzentic, a sculptor from Belgrade.

The Gjilan Branch of the League of Kosovo Historians “Ali Hadri,” which had proposed the relocation of the monuments, rebuked challengers to the monument’s relocation.

According to the historians, the monument in question was erected in 1963, “on the 19th anniversary of ‘Gjilan’s liberation’ and the 20th anniversary of the creation of the ‘Kosovo Battalions in Southern Serbia.’”

“Therefore, this monument represents the ‘martyrs’ fallen during the National-Liberation War [anti-fascist resistance] and was erected with political motivations to reinforce the policies of brotherhood and unity of all peoples of Yugoslavia, and those of Gjilan and its surrounding areas in particular,” wrote the Historians’ League in a response.

The monument has been moved some 50 meters from its previous location, and Korca said that the new location is “a place with dignity.”

He also highlighted that before it is re-inaugurated on November 16, the same day it was originally inaugurated in 1963, the monument will undergo a process of cleaning and restoration.

But the civil society in Gjilan does not support the relocation of the monument.

The local civic initiative Kartoni i Kuq, (Red Card), in cooperation with the cultural organization Varg e Vi, collected more than 370 signatures against the relocation of the monument.

Aliu highlighted that they are in favor of the erection of Idriz Seferi’s statue, but, according to her, it needs a worthy location, and should not replace another monument.

Korca said that only a minority of people did not welcome the relocation of the monument and the new statue of Idriz Seferi.

“There is a minority of people who may not have welcomed it, or had other political intentions,” said Korca.

Sali Musliu, an artist from Gjilan who lives and works in Germany, is also among those against the relocation of the monument. On his Facebook profile he wrote about its artistic values.

“This sculpture has a high technical, aesthetic, and artistic quality… its placement had been done exceedingly well and in a professional way, entirely in harmony with the environment that surrounds it. We could easily say that for over half a century it was synonymous with the city of Gjilan, and all of the citizens felt very comfortable with reflections on aesthetics and content that the sculpture in question radiated,” said Musliu.

Some of the citizens have expressed their preference the the Idriz Seferi to take the place of the monument dedicated to the fallen of the Anti-Fascist War.

“It is a lot better that they are placing Idriz Seferi’s statue here, and that is the Municipality’s decision,” said Driton Nuihiu, a resident of Gjilan.

“I think it is better to place Idriz Seferi’s statue there rather than the one that was there until now. I didn’t know what the old one was. Whereas Idriz Seferi is a great man, and I believe it is a better choice,” said Fatmir Gashi, another resident.

Linda Gusia, an assistant professor of the Sociology Department at University of Prishtina, called the relocation of the monument in Gjilan part of the larger movement to destroy the old and to build the new.

“In Kosovo in general, after World War Two there was an overall idea to destroy the old and build the new. I think that this happened in Gjilan, and happened continuously in Kosovo. This destruction of old memorials comes as a result of the same mentality. Now, the memorials being destroyed are from the time of socialism, but the mentality is the same,” said Gusia.

Other citizens expressed their views against the relocation of the monument, saying it has been part of Gjilan’s identity.

“I believe they proceed the wrong way because Gjilan was known through this monument, and it shouldn’t have been removed. I was not aware, and on Saturday I noticed that the monument was not there,” said Gjilan resident Nijazi Ramadani.

“I am entirely against the relocation of the monument for two reasons,” said Doruntine Matoshi from Gjilan. “First, it was an arbitrary decision from the municipality, meaning, they did not consult anyone’s opinion, neither that of the minority communities, nor of the rest of the citizens. The municipality is not private property of those working there, the municipality belongs to its citizens. They had to organize a public debate, initially, where the citizens would decide if they wanted to relocate it or not.”

Korca admitted that the relocated monument served as a symbol for the city for entire decades.

“[The relocated statue] will not be entirely removed, let it remain a symbol. Gjilan always used to be identified by this monument. We even had postcards with this monument, and it was known it was Gjilan,” said Korca.

Until now, cafe tables surrounded the front of the relocated monument. According to Korca, the cafe will be removed from that location just before the commemoration of Idriz Seferi’s statue.

Saturday, November 11, at 2:00 pm, Kartoni i Kuq and Varg e Vi will hold a protest against the monument’s relocation at the place where it once stood, next to Gjilan City Park.

Correction: An earlier version of this article misattributed a quote by Naser Korca; the article has been updated.