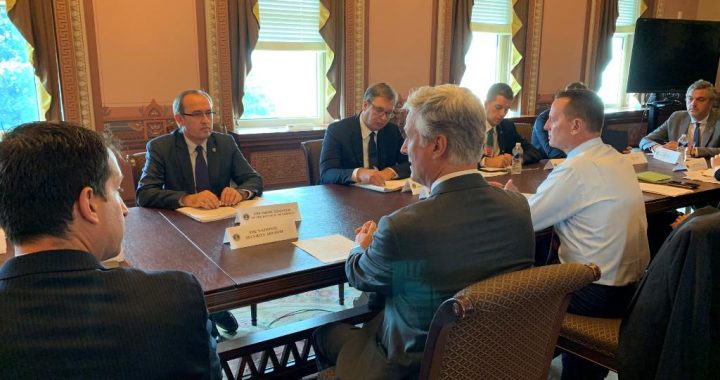 US Special Envoy Richard Grenell has denied claims from Serbia's finance minister that the US is pressurising the Serbian delegation to recognise Kosovo in ongoing talks in Washington DC.

US National Security Adviser Robert O’Brien has announced that the morning’s talks between delegations from Kosovo and Serbia at the White House have concluded successfully.

“The leaders of #Serbia and #Kosovo are already making progress,” the National Security Council tweeted. “Our conversations this morning centered on bolstering economic ties and #EconomicNormalization.”

However, as talks were ongoing, US Special Envoy for the Kosovo-Serbia Dialogue Richard Grenell was forced to deny rumours that the US was pressuring the Serbian delegation to recognise Kosovo.

Sinisa Mali, the Serbian finance minister, briefly left the meeting to speak to Serbian media. The minister claimed that the US had put a list of 16 demands on the table, with B92 reporting that Mali alleged that point 10 of the list was a call for mutual recognition.

“It was our platform, and then you get point 10, which says – mutual recognition. It’s neither the economy, nor anything else,” Mali is reported to have said.

Mali also characterised the discussions as very hostile. “You have 15-20 people who are against you and are putting pressure,” B92 report Mali as saying. “They react aggressively to every sentence.”

However, after Mali’s claims had been widely circulated in Serbian and Kosovo media, Grenell tweeted, stating that Mali’s assertions were “not true.”

Talks are set to continue later today, with the possibility of further meetings on Friday.