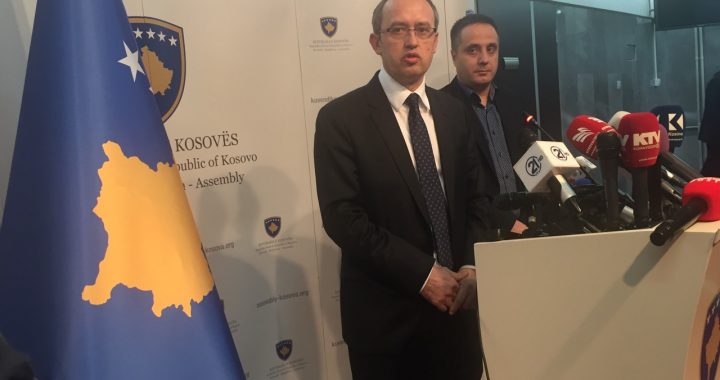 Kosovo Prime Minister Avdullah Hoti has claimed that a meeting in Brussels on Thursday will see the beginning of the drafting of a “final agreement” between Kosovo and Serbia, while EU officials state work will continue on issues discussed last week between Hoti and Serbian President Aleksandar Vucic.

Prime Minister Avdullah Hoti has stated that the drafting of a final agreement between Kosovo and Serbia will commence at a meeting in Brussels on Thursday. He added that Kosovo will be represented in the meeting by a ‘state coordinator’ for the dialogue, who will be appointed soon.

Following a meeting between Hoti and Serbian President Aleksandar Vucic on July 16, Miroslav Lajcak, the EU Special Representative for the Kosovo-Serbia Dialogue, stated that “both leaders agreed to continue to work intensively at expert level next week.”

However, Hoti dismissed the notion that this meant a continuation of a technical dialogue between Kosovo and Serbia on Monday, stating that “only the issue of mutual recognition and normalization of relations between the two countries” will be on the table.

“There is no technical dialogue but only a political dialogue for mutual recognition and normalisation of relations,” the prime minister added.

Kosovo President Hashim Thaci also spoke of the need for the dialogue to move past technical discussions at a press conference on Monday. “The process should be concluded with mutual recognition as soon as possible,” Thaci said.

Nabila Massrali, the EU Spokesperson for Foreign Affairs and Security Policy told Prishtina Insight on Monday that meetings held this week in Brussels will be a continuation of work on issues discussed by Hoti and Vucic on July 16.

“Kosovo and Serbia are invited to send their experts to follow up on the issues already discussed on the leaders’ level last Thursday,” Massrali stated.

The prime minister also announced on Monday that he had invited political leaders to meetings to discuss the dialogue, and requested the Kosovo Assembly to hold a parliamentary session to inform MPs about the dialogue process.

Prishtina Insight contacted Hoti to request further information on Thursday’s meeting and the appointment of Kosovo’s state coordinator for the dialogue but received no response.