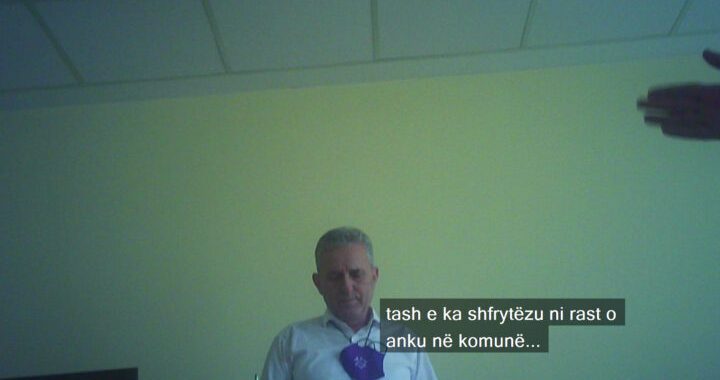 Riza Livoreka, a judge suspended in January after BIRN filmed him negotiating illegally with parties out of court, is expected to face disciplinary proceedings again.

Only weeks after returning to work, Kaçanik judge Riza Livoreka faces more disciplinary proceedings at the hands of the Kosovo Judicial Council, KJC, after BIRN requested such action concerning points that remained unaddressed in its earlier proceedings, which took place a month ago.

The request was approved by the President of the Court of Ferizaj, Musafë Tahiri.

The KJC in April cut Livoreka’s salary by 40 per cent for ten months after it found him guilty of holding an “ex-parte” meeting with one party in a court case without the presence of the other party, and of improper action.

BIRN had requested that he be investigated for a total of six disciplinary violations.

After analyzing the KJC’s decision, the Legal Office of BIRN repeated the disciplinary request and requested a professional investigation.

The KJC suspended Livoreka 24 hours after BIRN’s Kallxo Pernime show revealed footage in January of the judge illegally negotiating a deal between the parties involved in a trial, outside the court.

After no agreement was reached on the matter, on December 31, 2021, Livoreka confiscated the property of one family in the court case, giving it to the other. He based this decision on a law that has not been applicable in Kosovo since 2009.

This is not the first time a BIRN investigation has resulted in the suspension of judges.

In December 2021, the Supreme Court upheld the suspension of former Peja / Pec Court Judge Florije Zatriqi after BIRN reported that she had sentenced a man in July 2021 to just eight months and eight days in prison for raping a 15-year-old girl in 2012.