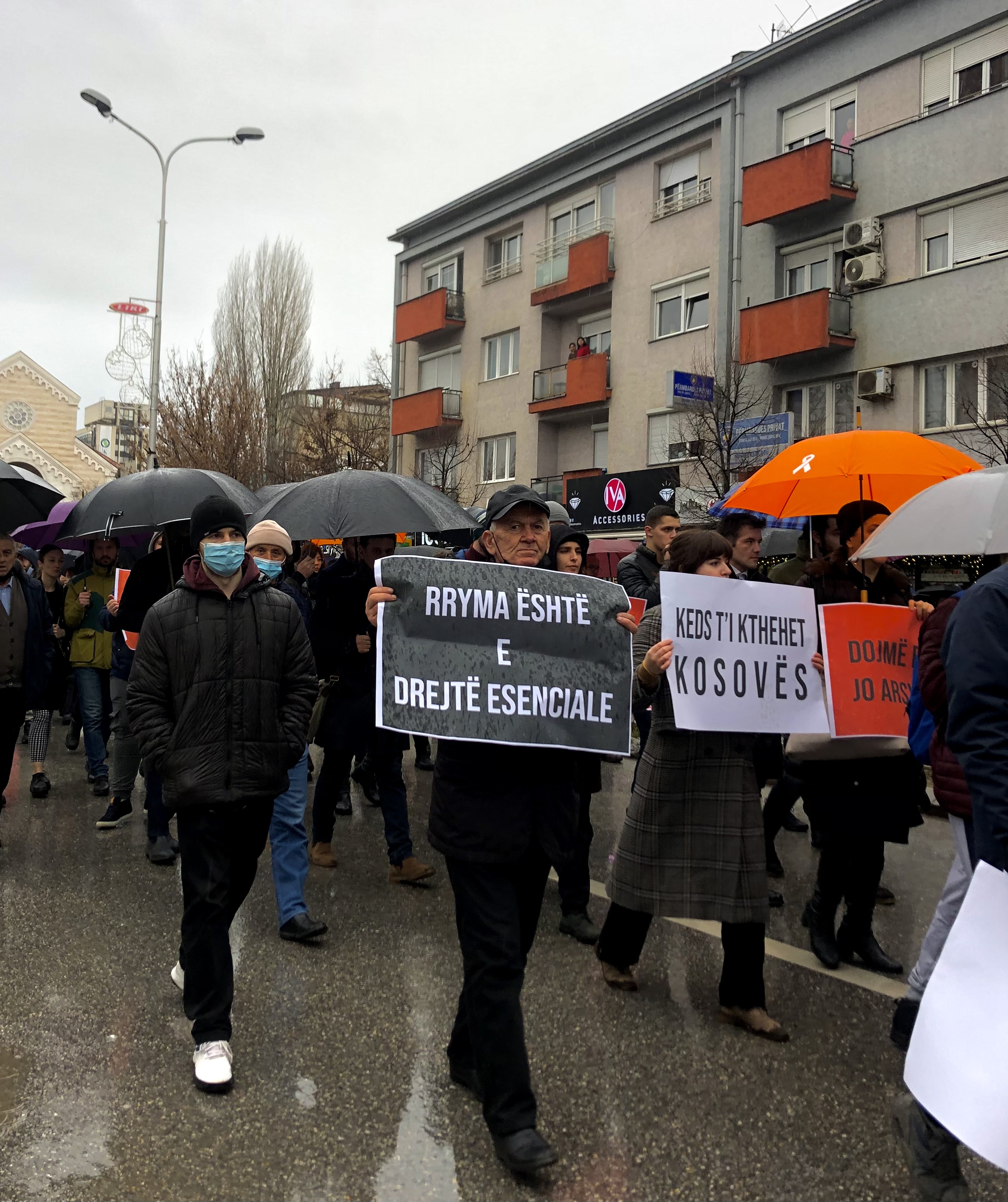 Frequent and long reductions in electricity prompted numerous citizens to join protests on Monday in Prishtina.

Kosovars protested in front of the Electricity Distribution Company, KEDS, and the government building in Prishtina on Monday over frequent reductions and power cuts.

Protesters demanded electricity supply 24 hours a day, state ownership of KEDS and the dismissal of the Minister of Economy, Artane Rizvanolli.

The protest started in front of KEDS, where one of the organisers, Dibran Hoxha, recalled that KEDS and the government started with two hours of power cuts, but that in some places there is now no electricity for up to 24 hours at a time.

Hoxha, who symbolically threw an electric light at the KEDS building, said that the power shortages discriminate most against people living in villages and  non-majority communities.

“KEDS was sold in 2012 and since 2013 has started to generate profits. Do you know how much profit it has declared over eight years? The spokesman of this company has declared 140 million euros of profits for eight years,” he said.

“Now they have started to reduce the electricity. This should not be accepted at all,” Hoxha added.

“Turn on the electricity, turn on the network, fire KEDS”, “Rizvanolli must go”, “I don’t pay for electricity for the [Serb-run] North”, “Government of the people and not of the private sector” and “Return KEDS to Kosovo”, were just some of the calls made and slogans shown in front of the KEDS building. 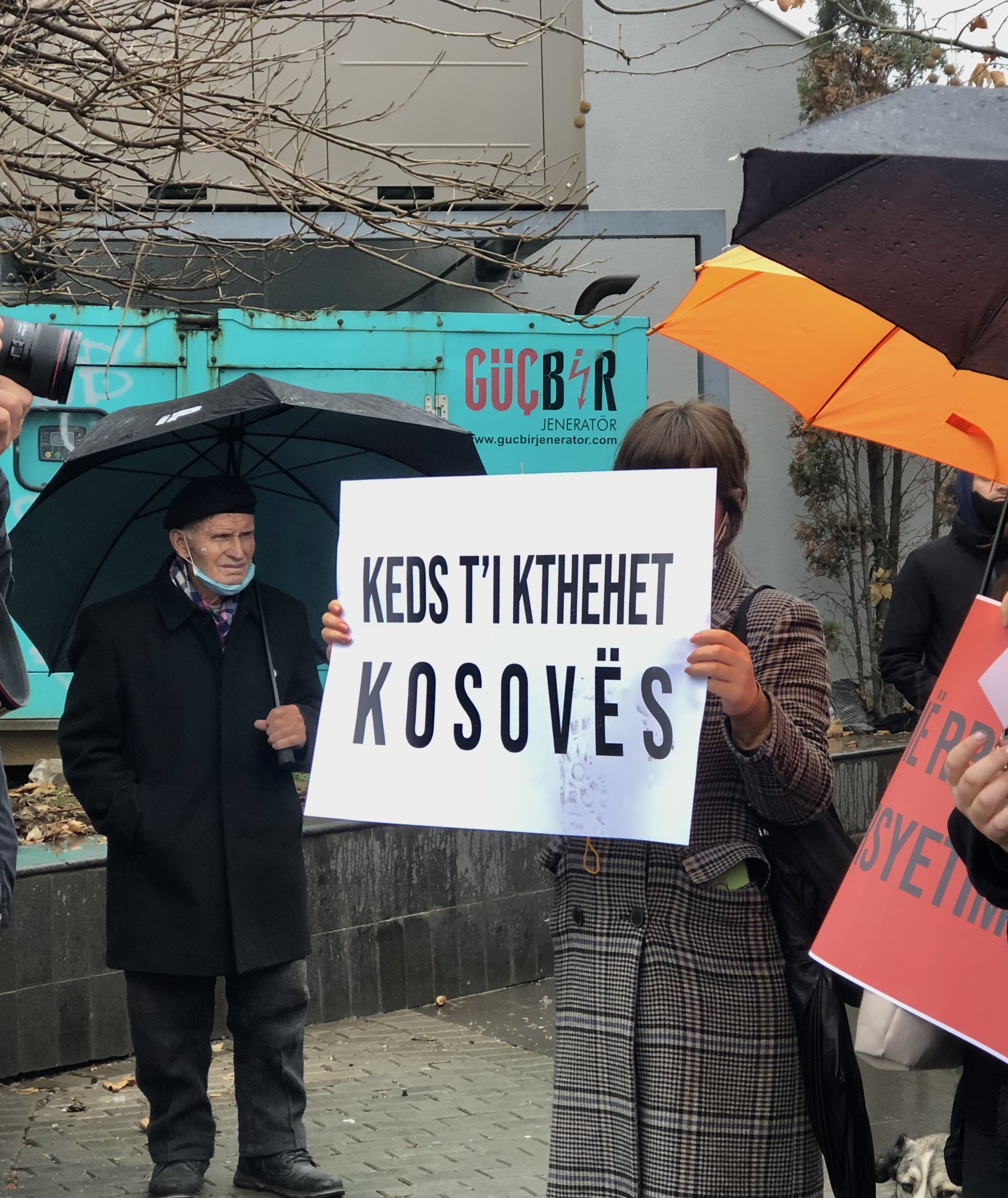 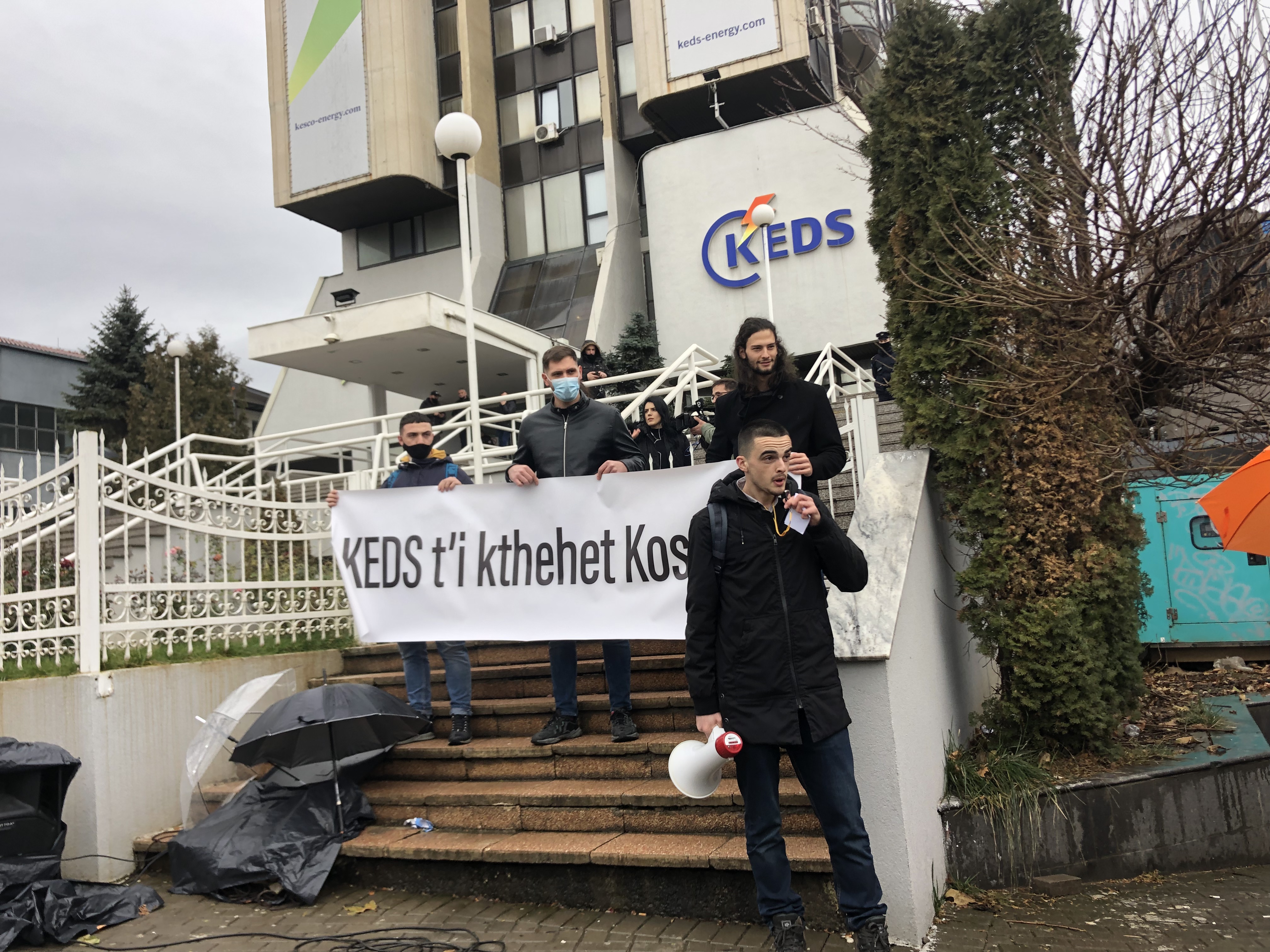 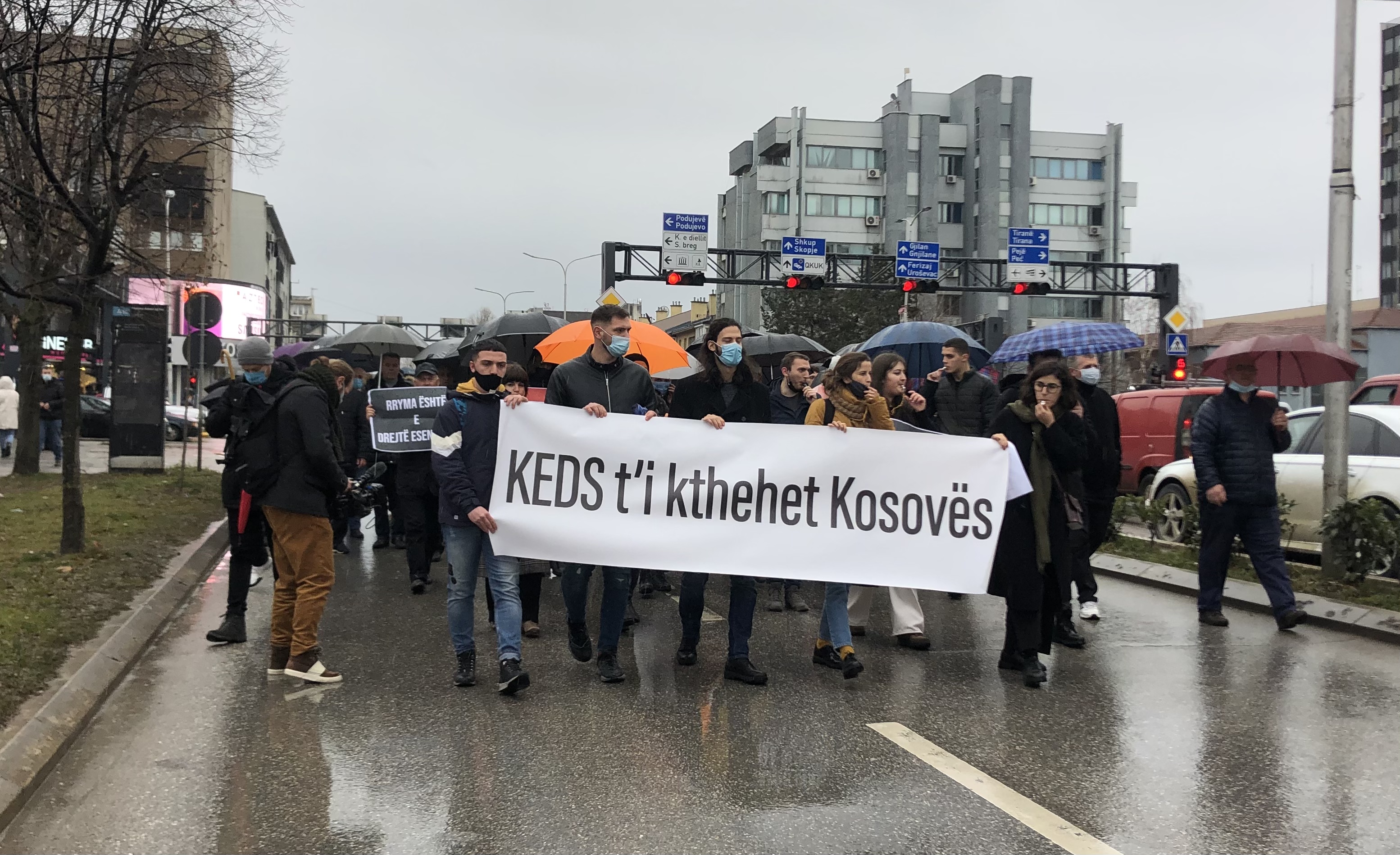 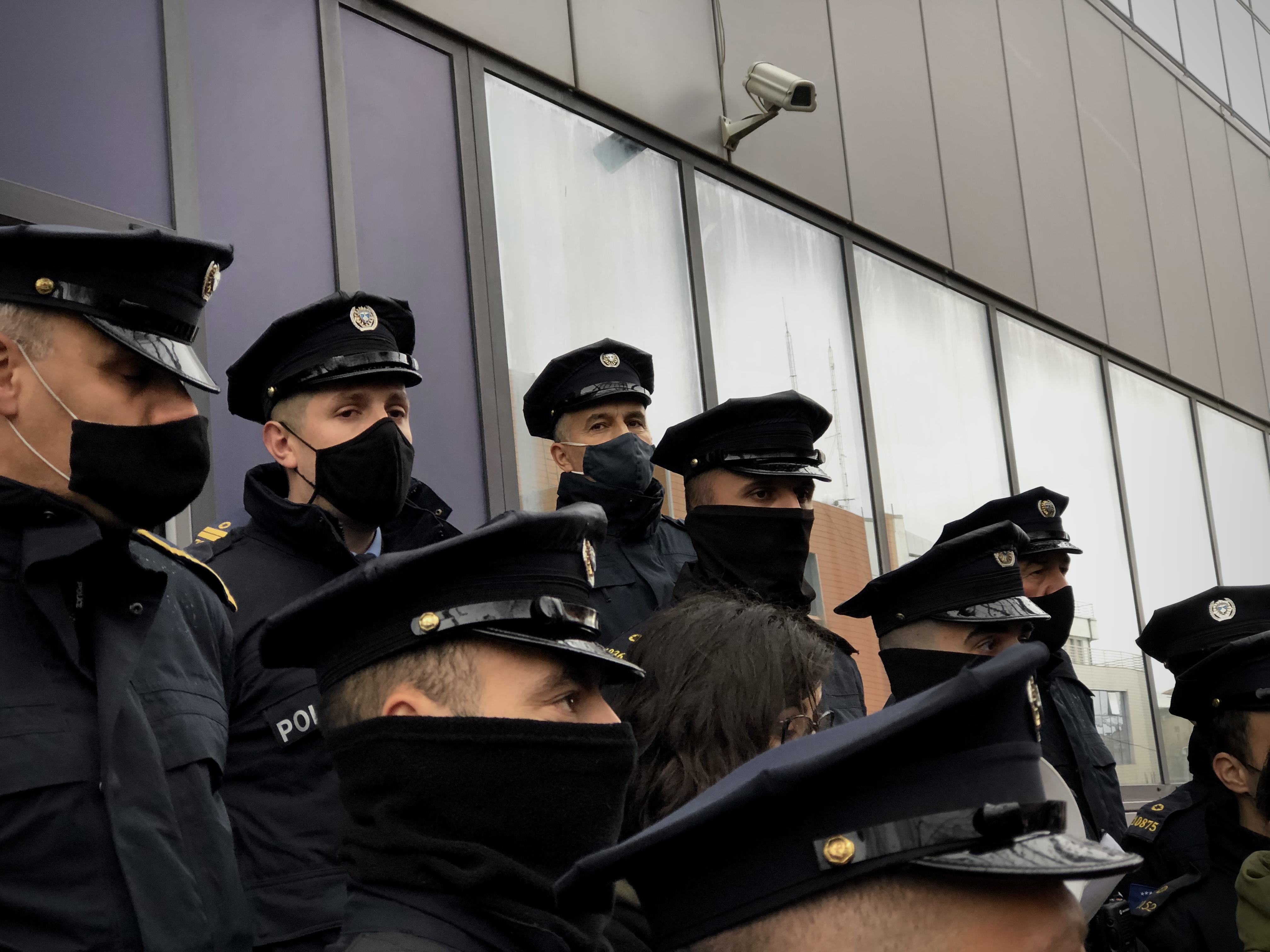 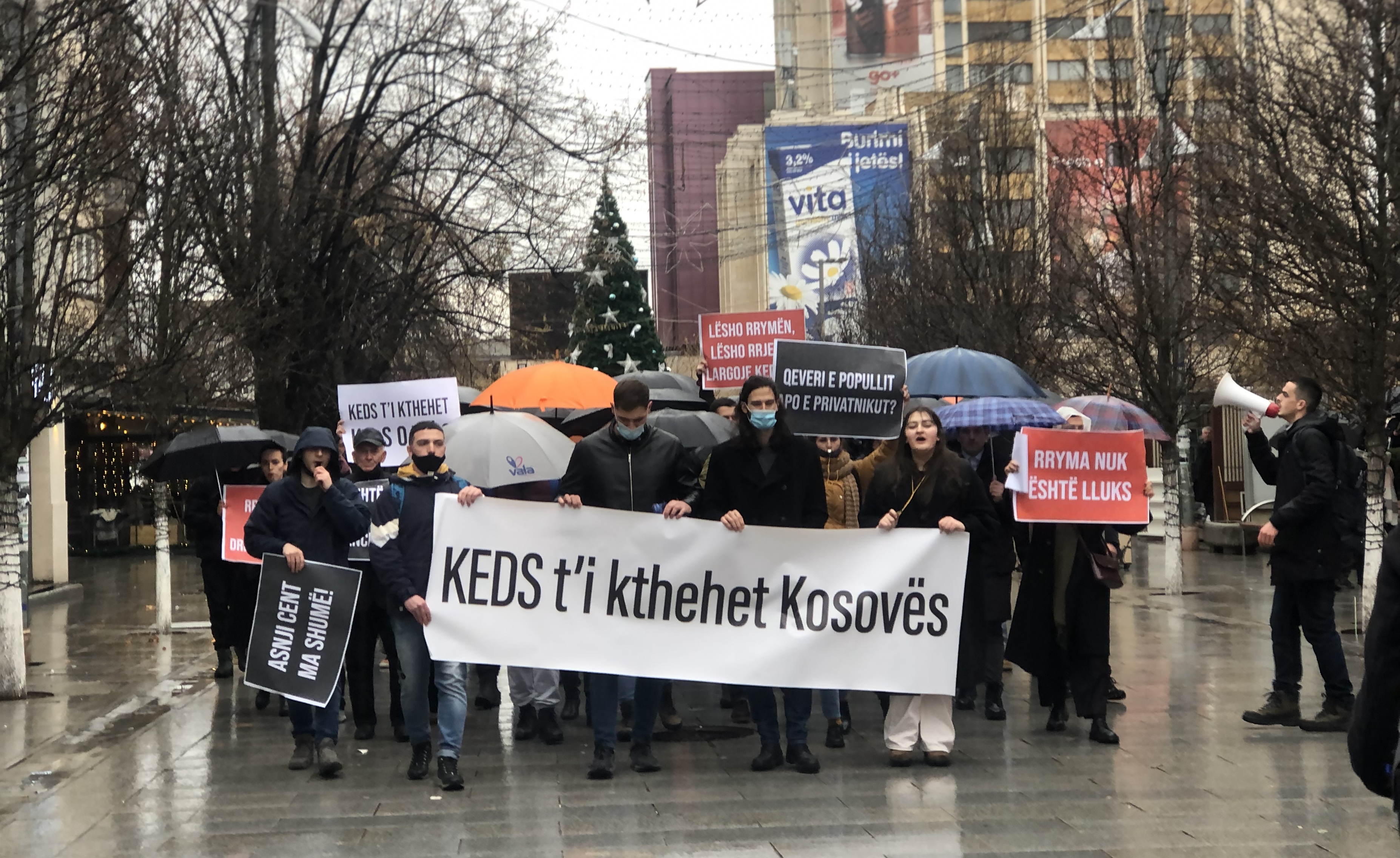 Kosovo has been facing worsening energy problems for days. On Friday, the government declared a 60-days energy emergency. For almost a week the country has been facing regular energy cuts as a result of a crisis with both production and supply.

KEDS has announced eight-hour reductions and 2 hours outages, but the decision does not affect all the country equally. Many citizens have complained about interruptions lasting up to 20 hours.

Activist Liridona Sijarina said the protests will continue until their grievances are dealt with by the government.

“We should have electricity 24 hours a day for each of us, without distinction; the other request is to dismiss Minister Rizvanolli, as his approach is offensive, and the third and fundamental request is for KEDS to be returned to the country [state ownership] because KEDS belongs to the state and not to the private sector,” Sijarina said in front of the government building.

Minister of Economy Rizvanolli wrote on Saturday that a file is being made to submit to the Police concerning complaints about power outages. Rizvanolli has also presented an email where people can complain about long power cuts.

KEDS spokesman Viktor Buzhala on Saturday said the energy situation was improving, as the price of power in the international market has fallen.

Prime Minister Albin Kurti in an interview for VOA said that it had not been possible to buy electricity earlier to avoid an energy crisis, as electricity cannot just be stored in a refrigerator.

His government has already allocated 20 million euros for the import of extra electricity, which according to Kurti was some seven times more than was spent in the same period last year when the price of one MW/h was about 60 euros.