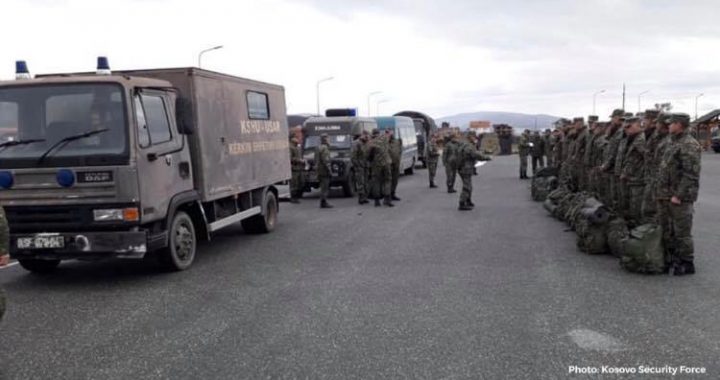 As the death toll reaches 13, Kosovo institutions and citizens offer support to rescue and repair efforts in Albania on Tuesday after a 6.4 magnitude earthquake causes devastation.

Rescue efforts searching for those trapped under collapsed buildings continues throughout Tuesday morning in Albania, after a 6.4 magnitude earthquake caused devastation around the coastal city of Durres.

At 11:30, 13 people were reported to have died as a result of the earthquake, with one Kosovar suspected to be amongst that number. Two men lost their lives in the Municipality of Kurbin, one after falling from a balcony as a result of the shockwaves and another after losing control of his vehicle.

However, the majority of fatalities have occurred in Durres and Thumane, a village northwest of Tirana where a number of buildings collapsed, burying residents under the rubble. At least 28 people are said to have been rescued from the wreckage in the two areas, but reports suggest that a significant number of people remain trapped. Tents have been erected in Durres to house those whose homes have been destroyed.

Kosovo has offered its support to the rescue efforts. President Hashim Thaci stated this morning that members of the Kosovo Security Force, KSF, were deployed to Albania to assist with the rescue effort. Later in the day, Commander of the KSF, Lieutenant General Rrahman Rama, confirmed that 40 members of the KSF Urban Search and Rescue Units were sent to Albania, and that the KSF were ready to offer further support if necessary.

Kosovo Police announced that it has also sent 110 specialized operators to assist emergency units helping with the operation. “Kosovo Police expresses its readiness to use all police and logistical capacities to support the Albanian authorities and its citizens affected by this morning’s earthquake,” a statement released by the Kosovo Police Information Office read.

Kosovo citizens have also organized support. A Kosovar Facebook group dedicated to car enthusiasts with 75,000 followers has requested clothes and food be provided to “help our brothers and sisters in Albania” with contact points for cities across Kosovo.

Political party Vetevendosje has launched a similar initiative. “Last night’s earthquakes in Albania shook the country,” the party posted on its Facebook page. “With condolences to all the victims’ families and in support of the injured and the homeless, we are mobilizing to help.”

The party requested supplies such as packaged food, warm clothes for all ages, blankets and bedding, tents, mattresses, and medicine, which can be delivered to Vetevendosje offices across Kosovo and will then be delivered to Albania.

The fan group of Prishtina Football Club known as ‘Plisat’ has also announced plans to deliver clothes, blankets and food to Albania at 15:00 on Tuesday, with a collection point at the group’s fan club in Zahir Pajaziti square in the center of Prishtina.