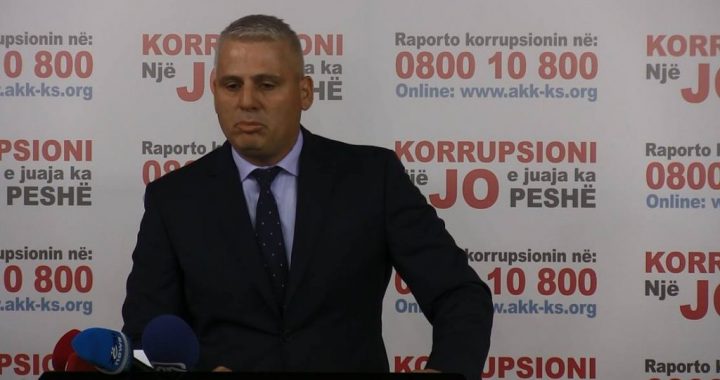 A proposal to change the asset declaration law, which would make senior officials’ declaration of cash and bank deposits classified, has drawn harsh criticism in Kosovo.

Kosovo Anti-Corruption Agency director Shaip Havolli caused a furor amongst civil society activists after announcing plans to hide parts of the asset declarations of public officials from the general public.

Presenting the annual financial report in front of the Assembly Commission on Budget and Finance on Wednesday, Havolli said that a new draft bill on asset declarations would make it possible for cash and bank deposits to be removed from publicly available asset declarations.

“With the new law [on declaration of assets] we are planning to make [declarations of] cash and bank deposits unavailable to the public, leaving them available only to the agency,” said Havolli. The reason, he explained, was that senior officials complained that their cash declarations were causing them “family problems,”  implying that they were being pestered with requests for loans.

The draft bill is part of an anti-corruption package of bills sponsored by the Ministry of Justice, Havolli claimed. An improved track-record in the fight against corruption is Kosovo’s final criterion for getting visa liberalization to the EU.

Havolli’s statement drew an immediate reaction from watchdog organizations and even his precursor.

Florent Spahija, a legal consultant at the Kosovo Democratic Institute, KDI, said that closing-off asset declarations to the general public was in complete contradiction with the agency’s mission.

“We need to keep in mind that these people are senior officials and are paid with our taxes, so it is in the interest of the public to know how wealthy these people are and how they made that wealth. Their ‘family problems’ are easily solved and should not be our problem as citizens of this country,” Spahija said.

“If an official has accepted to serve in public office, then he has given up his privacy,” Zejna said, adding that asset declarations were useful to the general public and particularly to organizations engaged in anti-corruption projects. “If public officials don’t want their wealth published, then they should resign from public office. The public should not give up on transparency because of them.”

Meanwhile, the former director of the Kosovo Anti-Corruption Agency, Hasan Preteni, also criticized his successor’s comments, arguing that the law should be made stricter, expanding the agency’s competencies.

“Every attempt to close off information is malicious and regressive,” Preteni said.

The current director, Havolli, said that officials are complaining that the publication of their assets online has endangered them, but Preteni argued that between 2006-2016, there were no cases of people being hurt, threatened or intimidated because they had declared their assets.

Preteni maintained that more needed to be done to increase transparency and accountability, adding that “any effort to the contrary will only increase corruption.”

“Such proposals need to be taken seriously, in particular, it’s a pity if the head of the Agency requests this,” Pretendi concluded.