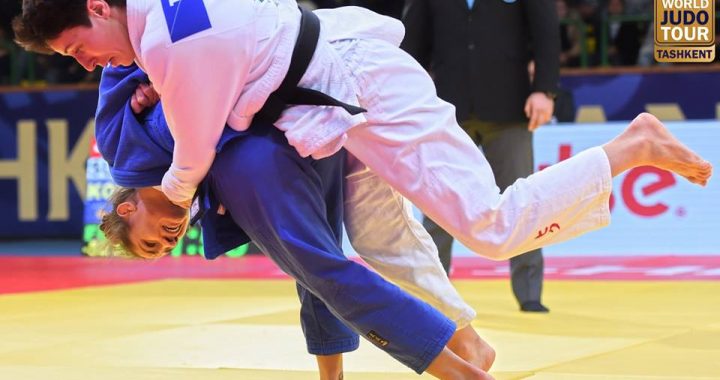 Kosovo sits at number one in the medal rankings of the International Judo Federation World Tour in Uzbekistan on Friday after Majlinda Kelmendi and Distria Krasniqi took gold at the 2018 Grand Prix.

Krasniqi took gold in the women’s -48kg competition and Kelmendi in the -52kg competition, putting Kosovo at the top of the medal board for the International Judo Federation, IJF, World Tour in Tashkent.

27 year-old Kelmendi, who was born in Peja, became Kosovo’s first olympic champion, winning a gold medal in 2016 at the Olympic Games in Rio de Janeiro.

The Kosovo Olympic Committee published a photo of Krasniqi’s medal ceremony, showing the flag of Kosovo sitting above that of Serbia, whose contestant Milica Nikolic won the bronze medal, as well as the flags of Portugal and Hungary.

Kosovar judoka Nora Gjakova has reached the finals of the -57kg competition and will fight for gold against Germany’s Theresa Stoll. Gjakova won the gold medal in the same category at the Abu Dhabi IJF Grand Slam at the end of October.

Update: Nora Gjakova won the silver medal in the -57kg competition, losing in the final match to Theresa Stoll.