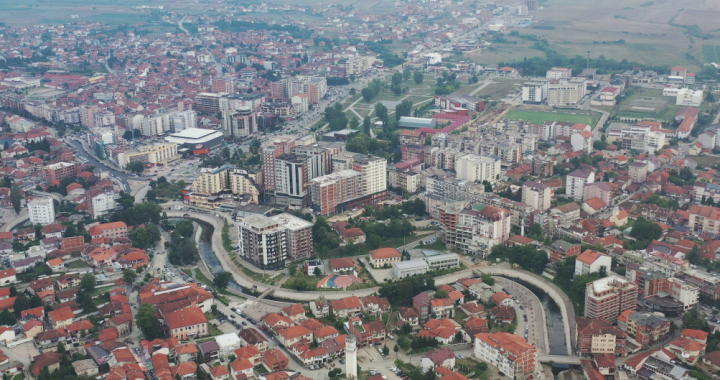 After a Kosovo Minister on Sunday criticised a bar in a western town that had refused to some youngsters belonging to minority communities, an NGO and members of the public said such behaviour was intolerable, and should be investigated.

Kosovo’s public reacted angrily on Sunday after the Minister of Local Government, Elbert Krasniqi, reported that a bar in the western town of Gjakove/Djakovica had refused to serve a group of youngsters belonging to minority communities.

“It is shameful that bars in different Kosovo cities, in different ways, refuse to serve [minority] community members,” Krasniqi wrote in his Facebook page on Sunday.

He called for a boycott of bars and hospitality sites that differentiate between people based on ethnicity. “People with racial hatred should not be supported in their development,” Krasniqi said.

“Gjakove/Djakovica is among exemplary towns when it comes to coexistence and such cases should not be allowed to happen. Institutions and society should engage to guarantee and develop coexistence and equal possibilities to all citizens,” he added.

Krasniqi’s post drew support on social media, with Minister of Justice Albulena Haxhiu calling the snub “unacceptable and to be condemned”.

“This should not happen anywhere, anytime. Equality, not discrimination,” she said.

A Pristina-based NGO, the Council for the Defence of Human Rights and Freedoms, CDHRF, called on police to investigate.

“CDHRF has no verified information that supports the Minister’s statement so it calls on the police to start an investigation and, if proved, to take legal measures against those who refused to serve minority communities, violating human rights guaranteed by the Constitution,” it said.

“If this suspicion of Minister Krasniqi is confirmed, any inaction by law enforcement agencies will encourage potential violators in the future,” CDHRF added.

Kosovo’s constitution describes the country as a “multi-ethnic society consisting of Albanian and other Communities”. It defines these Communities as “inhabitants belonging to the same national or ethnic, linguistic, or religious group traditionally present on the territory of the Republic of Kosovo” and says they are entitled to “specific rights”.

Those rights include “to freely express, foster and develop their identity and community attributes,” as defined in the Law on the Protection and Promotion of the Rights of Communities and their Members in Kosovo.

Meanwhile, in another incident, Deputy Minister of Culture, Youth and Sports Sejnur Veshall reported that a Roma family was assaulted on Sunday evening in a shopping mall in the southern town of Prizren because one of the family members was not wearing a mask. “In shopping malls nobody wears masks… but it’s easier to exercise violence to the Roma community,” he said.

Police confirmed the incident and said that four persons were detained after the incident but were released on the Prosecutor’s decision.