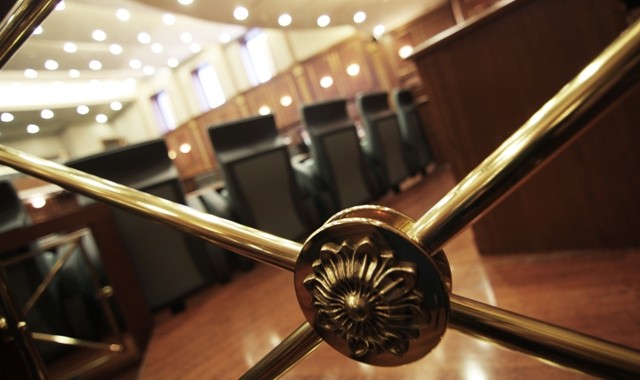 Protection of whistleblowers, called ‘informants’ by Kosovo law, is lacking both in the public and private sectors, deterring potential sources from blowing the lid on crime and corruption.

In one of her final speeches as President of Kosovo, Atifete Jahjaga requested the county’s top judicial officials to pay more attention to whistleblowers – particularly those who expose corruption. Since Jahjaga left office this past April, however, nothing has changed to improve the rights and protections for whistleblowers. Retaliation against employees in the corporate and public sectors who have reported crime and misconduct is unabated.

Kosovo scores poorly in international ratings of public perceptions of corruption, especially within government institutions. These rankings reflect how deeply Kosovars believe that corruption is a major issue in their country. And it is not only a matter of public opinion: the persistence of corruption is borne out by the many criminal cases filed against officials and leaders of state institutions.

Even with widespread accusations and arrests for acts of corruption, Kosovo continues to lack a comprehensive law to protect whistleblowers, thus creating insecurity and fear for those who witness and report crime and misconduct.

Legislation to protect whistleblowers was not among the list of approved laws signed into force when Kosovo declared independence in 2008. To fill this empty space, Kosovo’s Assembly passed the Law on Protection of Informants in 2011.

The law was approved with the aim to guarantee protection for those who report corruption within public institutions and private companies. But in practice, few officials and employees have benefited from the supposed protections in this law.

The law calls whistleblowers “informants,” in Albanian, which is not a comfortable term within the population due to historically negative connotations during the Communist era. And research has shown that the law’s provisions continue to suffer from poor implementation.

Preteni, who has led the agency for many years, thinks the law was approved in a superficial way. “It’s a law with general norms that are not applicable and non-functional,” he said.

Artan Canhasi of the Kosovo Democratic Institute (KDI), an NGO, has closely monitored the implementation of the law. The first problem, he says, is the law’s title. “The law is named wrongly as the law for protecting ‘informants,’ which has a negative connotation in the historical context of Kosovo.”

In the past, informants were seen as people who gave information to Slobodan Milošević’s Communist regime. The “informants” of that time were certainly not liked by the people around them.

Apart from the name, Canhasi sees other problems. For example, many state institutions have not appointed officials or set up mechanisms that function. “The application of the law in practice by public institutions is flawed, mostly because of a lack of knowledge about the law,” he added.

Canhasi believes the public should be educated on the importance of the law by emphasizing the positive impacts it could have on fighting corruption.

The Law on Protection of Informants aims to protect whistleblowers from any retaliation or discrimination in their workplace. An independent oversight board deals with civil servant complaints of dismissals or layoffs.

The head of the board, Shkemb Manaj, says it has received complaints from four or five civil servants claiming they were laid off, demoted or faced other reprisals after they reported corruption within their institutions. None of the complaints, however, have been proven.

The case of Abdulla Thaçi exemplifies an undesirable scenario that corruption reporters could find themselves in.

While working at ProCredit Bank, Thaçi was fined €5,000 by a court for revealing information on suspicious transactions in the accounts of Prizren municipal officials. Thaci ignored bank procedures and decided to make these transactions public. The information served as evidence in court cases against some officials in Prizren.

Thaçi’s case was exceptionally shockingbecause the court handled his case for revealing secrets more urgently than the very corruption he had revealed.

KDI’s Canhasi cites this example as a source of major discouragement for potential corruption whistleblowers.

Thaçi now lives in Germany since he cannot be employed in any Kosovo state institutions. Legal norms do not allow public employment for people with a criminal record. Even credible companies do not employ people who have been sentenced for criminal acts.

Despite this discouraging experience and the fact that he does not live or work in his birth place, Thaçi is convinced that he would report corruption in other cases because his purpose was just. The public’s reaction and gratitude made him feel proud of the decision he made.

“In the end, there’s no greater pride than to be sentenced by a system, where your compatriots, wherever they see you, they respect you,” Thaçi said. “This is the biggest victory, and I don’t believe that anyone can experience this pleasure. The Kosovo of my fellows will become reality one day.”

Protection of corruption whistleblowers in Kosovo is an even bigger problem in the private sector. Even though the law requires reporting mechanisms within private companies, only a small number of companies, mainly banks and bigger companies, have built a reporting system. Small businesses are not required to have these mechanisms in place, as the small number of employees would make such systems impractical.

Chief Labor Inspector Basri Ibrahimi says that there is a problematic tendency for employees to hesitate reporting to the labour inspectorate when irregularities happen. “Employees come to us only when they leave work, and there is an issue with proving afterwards that the layoff happened because of the denouncement,” he said.

Ibrahimi mentions that there are around 2,000 cases during the year in which his inspectors reveal employees who work without a contract and thus cannot report even direct violations.

“Most of the employees without contracts are revealed through our inspections because we don’t have direct complaints with a name and last name,” he said.

He is convinced that the lack of reporting on discriminations and misconduct with labour contracts is an issue that arises from fear. Employees are scared of losing their jobs.

The need for change

Since its approval in 2011, the Law on Protection of Informants has been criticized because of its deficiencies and uncertainties. Former President Atifete Jahjaga called for a change to the law and for stronger legal protections for corruption whistleblowers.

Despite these requests to the legislative agenda, no changes are foreseen. In a response regarding the issue, the Ministry of Justice said that there is lack of initiative to change the law.

“We as a Ministry are committed to help all institutions that deal with promoting anti-corruption practices and processes. In fact, such initiative, if it hasn’t been taken already, should be taken by the Anti-corruption Agency and other relevant judiciary institutions,” said a statement from the Ministry’s Media Office.

The Ministry said that in case there is an initiative, the proposed changes will proceed to the Assembly, though it did not give an explanation as to why no initiatives have been supported so far.