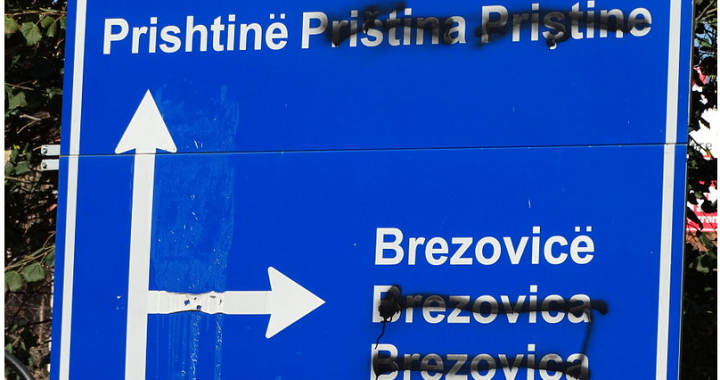 A law enshrining Albanian and Serbian as official languages of Kosovo continues to be violated on both sides of the ethnic divide.

Igor, a Kosovo Serb, recalled being summoned last year to court in the town of Vushtrri/Vucitrn to testify about the sale of a plot of land 20 years ago by his late father.

He watched the proceedings oblivious to what was being said as it was conducted only in Albanian, which Igor does not understand. After testifying in Serbian, he was handed his written testimony to sign, in Albanian, without knowing if it was a true reflection of what he had said.

“Initially I refused, but I was told it would make no difference because they don’t have a translator for Serbian,” said Igor, who declined to give his surname.

“I was invited to testify as a witness, I guess. I don’t know. I hardly understood anything and I’m not absolutely sure what I signed.”

Under Kosovo law, Albanian and Serbian are both official languages for all public institutions in the country. But as Igor found out, the law on languages is frequently flouted on both sides of Kosovo’s ethnic divide, creating legal hazards and contributing to a climate of mutual misunderstanding.

An investigation in 2014 by the Serbian-language Frankfurtske Vesti uncovered more than 5,500 mistakes in the Serbian translation of Kosovo’s Criminal Code, while over 4,000 more were found in the Kosovo Constitution and seven other Kosovo laws.

Even the Serbian translation of the law on languages itself contains 249 mistakes on just 11 pages of text.

While many of the mistakes are easily deciphered, some have the potential to create legal dangers or loopholes.

“Technically, legislation in Kosovo is translated into all official languages, but it is necessary to have a certain quality of translation for those laws to be understandable and make sense,” said Slavisa Mladenovic, who as language commissioner in the Kosovo government oversees the implementation of the 2006 law that made both Serbian and Albanian official state languages.

“The solution would be for us to realize it’s nice to live together and speak each other’s language,” he said. “What’s needed is to open a department in universities and to learn the language of your surroundings in primary and middle schools.”

While older generations – those who grew up before late Serbian strongman Slobodan Milosevic’s crackdown in Kosovo in the 1990s – may know each other’s languages, this is far less likely among younger people in Kosovo, their communities having been driven apart by war. Kosovo Albanian pupils do not learn Serbian, and Kosovo Serb pupils do not learn Albanian.

The non-governmental organisation Aktiv, based on the northern, mainly Serb side of the divided town of Mitrovica, conducted a study in 2016 that highlights a lack of translators in Kosovo government ministries. It noted, for example, that the Ministry of European Integration does not have a single translator for Serbian language.

In response to a query from BIRN, Flamur Salihu, the ministry’s head of communication and information, said translation had been outsourced. “We do not have the budget to fund a permanent civil service position for translation in Serbian language,” he said. “MEI has contracted a local company that provides translation services for the needs of the MEI.”

Out of 48 language experts employed by Kosovo’s central state institutions, only one is a native Serbian speaker, according to the office of the language commissioner.

The lack of expertise has resulted in some eye-catching errors. In a statement issued by Kosovo’s state Agency for Foreign Investment in 2013, the word ‘foreigner’ was translated into Serbian as ‘vanzemaljci,’ which in Serbian means ‘aliens’ in the sense of beings from outer space. The mistake has been corrected, but others remained. The Agency did not respond to a request for comment.

The Organisation for Security and Cooperation in Europe, OSCE, which monitors the issue, said there was “much to be done” in terms of respect for language rights in the north. In general, the OSCE’s Office of Political Affairs and Communications in Kosovo told BIRN that Kosovo’s institutions must make “substantially more effort in this regard.”

“Although the majority of municipalities have established translation units or have translation assistants, poor quality translations have resulted from a number of common problems, including an overload of work, insufficient number of translators, inadequate qualifications and inadequate working conditions,” it said.

“Despite such shortcomings, neither the central level institutions nor any of the municipalities offer training opportunities for interpreters/translators.”

The OSCE welcomed the drafting of a strategy document on languages by Kosovo’s language commissioner in January 2016 , but it has yet to be adopted at the central level.

“Some solutions we are offering in that Strategy include, for example, to license translators and translation agencies so that we can avoid unprofessional people,” said Mladenovic.

“Also, we suggested the creation of linguistic services in the Kosovo government that would translate public documents. This could help us avoid mistakes in laws and bylaws.”

Mladenovic’s office received 20 complaints about violations of language rights in the first six months of this year, compared to 17 for the whole of 2015 and 54 for 2014.

“Of course, there are many more violations than official complaints,” he said, “but people don’t complain out of fear of the institutions.”

Some of those affected reserve their ire less for Kosovo’s institutions than the parliamentarians who vote on poorly translated laws. However, Slavko Simic, the caucus leader of the Serbian List party in the Kosovo parliament, said they also faced problems.

“We have a similar situation in the committees and in the sessions of parliament,” he said. “Though there’s always a simultaneous translation, it’s often unclear, which creates problems for us when it comes to voting on important laws. If there’s no clear translation, you can’t know what it’s all about and you have dilemmas during the discussion.”

“We try to draw attention to the translation mistakes in the committees through which the laws have to pass,” he said.

But Milica Andric of NGO Aktiv in north Mitrovica was sceptical.

“Every one of those laws has been before Serb deputies who raised their hands and voted for or against, and they didn’t say anything about the quality of the translation,” Andric said.

“A large part of the responsibility lies with them, as they are the ones who have to wage the fight for language.”