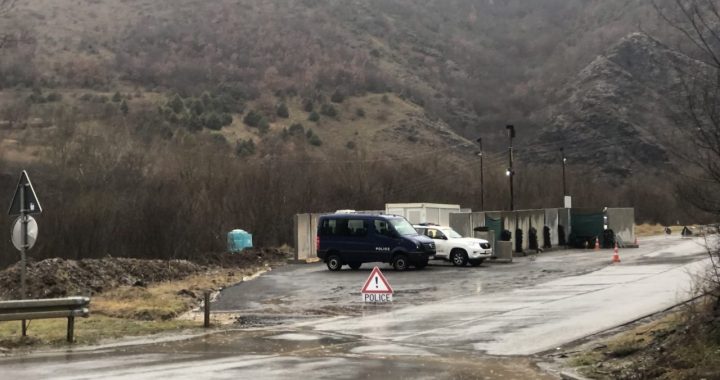 Kosovo police confirmed that they shot at a car driven by two Serbs, claiming that the vehicle previously hit a police car, endangering officers' lives.

Kosovo police confirmed that they shot at a vehicle in which there were two Serbs in Bistrica, in the northern municipality of Leposavic, after trying to stop the vehicle.

Police on Monday said the police unit had been deployed at a checkpoint “with the aim to preserve order and public safety and also to prevent crime and smuggling”.

“The police unit which was at the checkpoint tried to stop a car which … hit a police car, putting the life of a police officer in direct danger, and in order to neutralise the risk, police shot at them,” they said.

According to the police, the suspects, together with their car, escaped from the scene while “investigations on the case are being conducted in cooperation with justice institutions”.

Earlier on Monday, Serbia’s Office for Kosovo said that “special Kosovo police” at around 11.30 am shot at a vehicle in which there were two Serbs.

“Miljan D[elevic] was wounded, while his co-driver, Dusan S, fortunately, escaped unhurt, while the entire car was destroyed,” the Serbian office said in a press release

“Delevic was shot in the left chest area and has a gunshot wound with which he was transported urgently to the hospital in Kraljevo,” it added.

Serbia’s Kosovo Office said Kosovo Police “fired at the Serbian vehicle and the Serbs in it with bursts of fire only because they [the Serbs] did not want to allow the ROSU police to mistreat them without any basis or reason”.

In other reportedly ethnic-related violence, on Sunday, in the village of Brdjani/Suhodoll, Kosovo Police reported that a Kosovo Serb juvenile sustained light body injuries when he was assaulted by four people in the northern Mitrovica neighbourhood.

“According to the complainant, he was physically assaulted while he was walking in Suhodoll. Regarding the case, Police investigators are undertaking investigations,” police said.

According to Serbia’s Kosovo Office, the 15-year-old Kosovo Serb was moving on foot “when he was shouted at in Albanian from a moving car”.

“The child lowered his head, which was a sign to the Albanian extremists that he did not understand the language and that he was a Serb, so they stopped the vehicle and beat the boy,” the Kosovo Office said in a press release.