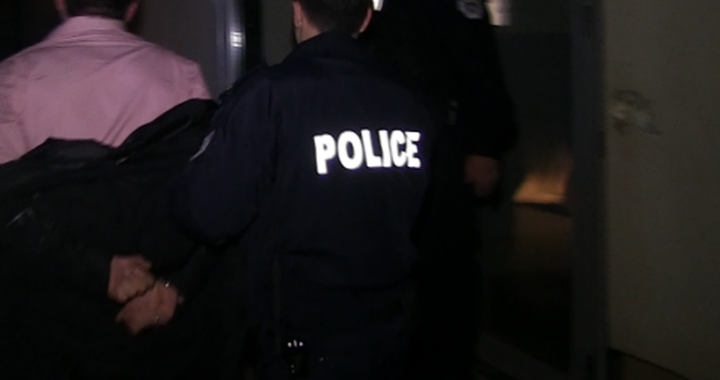 A judge at the Mitrovica Basic Court approved a 30-day detention measure for three individuals arrested on Sunday near Mitrovica for suspected drug trafficking.

A Kosovo Police Special Unit member has been issued 30 days of detention, along with two other individuals who were arrested on Sunday night, on drug trafficking charges.

On Monday, a Mitrovica Basic Court judge approved the request of prosecutor Zejnije Kela for a 30-day detention of Special Unit member Arben Bytyqi and the two other suspects, Avdyl Hoxha and Safet Hoxha.

BIRN has obtained a copy of the detention request, which details the arrests, conducted by the North Mitrovica Anti-Drug Police Unit near Mitrovica.

“As soon as they parked at the Viva Fresh parking lot [in Shupkovc], with the intent of transporting narcotics abroad, and immediately upon noticing the police, the defendant Arben Bytyqi started to escape on foot, as he locked his Audi A6 vehicle from a distance,” states the Mitrovica Prosecution’s request.

The request also clarifies that the police officer Bytyqi was later arrested in Vushtrri’s Smrekonice village.

“The suspect was arrested in the Smrekonice village by the police patrol. He was then taken back to his vehicle parked in the Shupkovc village, and was asked to unlock it. In the luggage compartment, inside a big travel bag, packages covered in [aluminum] foil and transparent tape were noticed,” the request continues.

The Forensics Unit opened the bag and noticed 27 smaller packages suspected to be marijuana with a total weight of 14 kilograms and 722 grams.

The prosecution said that it requested 30-day detention for the three suspects based on the severity of the offense, and the risk that the defendant Bytyqi could repeat acts of misuse of official duty in freedom.