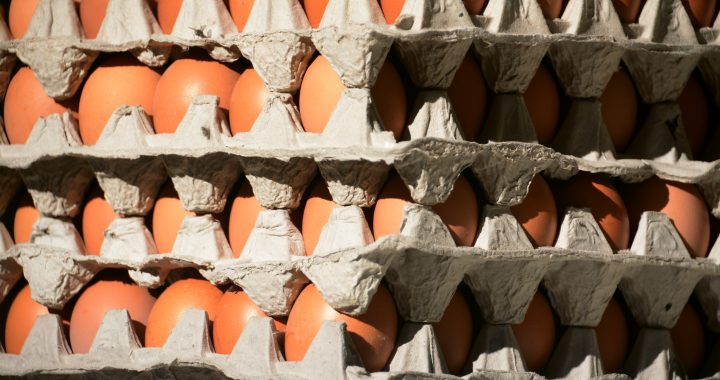 Kosovo’s own egg producers cover over 95 per cent of domestic consumption. They complain, however, that low-priced eggs imported from Albania are harming their livelihoods.

In July, Kosovo’s Ministry of Trade and Industry opened an investigation based on a complaint from the Kosovo Poultry Association that asked the government to set an anti-dumping tariff–a protectionist tariff against foreign imports believed to be priced below fair market value–on egg imports from Albania.

According to the association’s president Sabit Rama, during certain months of the year, eggs from Albania are sold below the production cost, which is forbidden under Kosovo’s Law on Anti-Dumping.

Last month, the Ministry of Trade and Industry, headed by Bajram Hasani, decided not to apply such a tariff, saying that the amount of imported eggs from Albania is too low to cause economic harm.

“We noticed that during July there was no import of eggs from Albania, the country which is being investigated in regards to this case. This information proves that the presence of suspected goods with dumping prices was limited in volume and time-frame, and that it did not become an occurrence after July,” the Ministry of Trade and Industry told Prishtina Insight by e-mail last week.

But according to the Kosovo Poultry Association, the Ministry’s assessment does not mirror reality, because it was considering the wrong month.

“Eggs from Albania come in during February, March, April, and May, which is the season when they have domestic overproduction. We don’t have any obstacles during June, July, and August,” said Rama.

Rama said that they submitted their complaint asking for greater control of quality and prices for Albanian egg imports during the time when Hykmete Bajrami was the Minister.

“The attitude of our association is for the market to be free, but to be based on real prices. We want the price of eggs to be the same here as it is in their country. We were informed that in their country they sell a carton of eggs for 28 euros, and here in Kosovo, the same eggs sell for 19 euros,” said Rama.

Last week, the Ministry set anti-dumping tariffs on flour imported from Serbia, based on accusations from the Association of Kosovo Millers that Serbian producers were suffocating the local industry by selling flour at prices lower than the cost of production. Serbia then threatened unspecified countermeasures, and Minister Hasani hinted at withdrawing from the Central European Free Trade Agreement, CEFTA.

Rama thinks that the Ministry’s response regarding flour imports from Serbia could be an example of selective decision-making in order to safeguard Kosovo’s relationship with Albania.

“I believe that such a thing is possible under the pretext that in Albania we have our brethren… But what really matters is that as the Poultry Association, we believe that each time goods are imported, they are more expensive in Albania than Kosovo. These things should have been clarified,” Rama said.

“We also want goods coming to Kosovo to undergo quality tests as they should be done, not for them just to let things pass and enter the Kosovo market,” said Rama.

According to the Ministry, domestic consumption is almost entirely covered by domestic producers, and it does not agree with the risks claimed in the Kosovo’s Poultry Association’s complaint.

“According to official data obtained from the Ministry of Agriculture, it turns out that domestic egg production manages to cover around 98 per cent of the consumption needs, considering that average consumption per capita is 200 eggs per year. The decision for the closure of the investigation was based on the abovementioned findings in conjunction with Article 28 of the Anti-dumping Law,” the Ministry of Trade and Industry said in its e-mail response.

The Kosovo Poultry Association continues to stand behind its request for the tariffs.

“We have invested and achieved quite a lot towards egg production and we believe that the tariff should be applied,” said Rama.