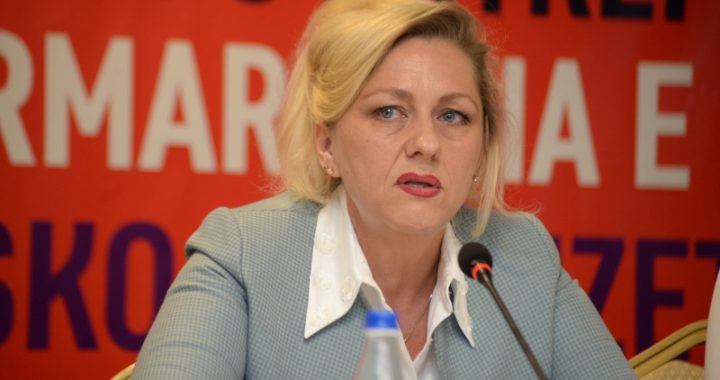 Women entrepreneurs in Kosovo tend to establish and run their businesses by themselves and are less likely than men to utilize loans, a new report says.

In Kosovo, over 80 per cent of women are inactive in the labor market, and only ten per cent of the country’s active businesses are owned by women.

About 94 per cent of Kosovo’s women entrepreneurs own individual businesses, and about 70 per cent generate less than 10 thousand euros in annual turnover, according to a new report by the Riinvest Institute.

“This is not unique to Kosovo, but the data for Kosovo is more concerning… the structure of businesses women operate reflects the entire structure of Kosovo’s economy,” said Alban Hashani from the Riinvest Institute at the report’s launch on Thursday. He argued that Kosovo needs affirmative action programs to improve the situation of women in the labor market.

Women surveyed said that the major motivator for starting a business was financial gain, followed by unwillingness to work for someone else, and unemployment.

Findings indicate that most women-run businesses are micro businesses, predominantly oriented towards services and trade, particularly beauty and hairdressing. Most women–88.3 per cent–start their ventures with their own capital. Men business owners are nearly twice as more likely to have utilized a bank loan; only 10 per cent of women business owners have taken out a loan from a financial institution.

“There has been public debate about whether or not women are good clients for loans. Our research shows that women are model clients, with high rates of paying installments on time,” said Riinvest researcher Dita Dobranja. She added that men entrepreneurs tend to have higher annual turnover rates and much higher rates of benefitting from public procurements.

Most of the women surveyed, 85 per cent, said that they did not face gender discrimination when registering their business, and 66 per cent said that Kosovo society supports women entrepreneurs.

The main barriers reported in the survey were tax rates, a small market, and administrative burdens. The main barrier specific to women-owned businesses was reported to be family obligations, with about 47 per cent of women saying that caring for family constrains their ability to engage in business activities.

However, Syzana Aliu, owner of an 110-employee ice cream and cheese production company named Magic Ice, said that she sees social norms as the biggest challenge.

“I’m sorry to say that the expression most often heard at birth is ‘is it a boy or girl?’ Women are seen as weak from the very first day of life. They say that women have to work twice as hard to get paid half of what men are paid. I balance this a much as I can in my company,” Aliu stressed at the report’s launch.

She added that she is grateful for the full support from her husband and parents, which was reflected in the data: 89 per cent of women said that their families supported their ventures.