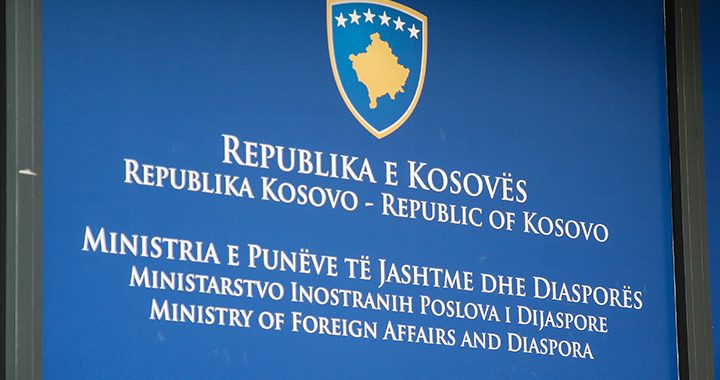 Days after the EU Office for Kosovo urged the Kosovo authorities to reconsider their ban on a planned visit by a top Serbian official, the Foreign Ministry has refused to review the matter.

“The Foreign Ministry has not approved the request of the Serbian official, Petar Petkovic, for a visit in Kosovo for the dates 2-3 December 2021,” the ministry told BIRN on Thursday.

The refusal to allow the head of the Serbian government’s Kosovo office to visit Kosovo comes after Serbia refused a request for four ministers of the Kosovo government to visit the mainly ethnic Albanian Presevo Valley area of southern Serbia.

Kosovo’s Minister of Environment, Spatial Planning and Infrastructure, Liburn Aliu, announced on November 27 that Serbia had rejected a request for him and three other ministers to visit the three municipalities of the Preshevë (Presevo) Valley, Medvegjë (Medvedja), Bujanoc (Bujanovac) and Preshevë (Presevo).

“Our visit was rejected by the authorities in Belgrade, without any justification shortly before the departure of our delegation,” Aliu said on Facebook.

The EU office in Kosovo told BIRN that the visit of Petkovic should have been allowed to go ahead, because it was appropriately notified.

“We call on Kosovo to reconsider its decision and permit official visits that fulfil the above conditions to take place,” Monika Hoffa, Communications Officer of the European Union Special Representative, told BIRN.

Hoffa added that she expected both sides to fully implement all past agreements, including those on official visits.

“Official visits are an important part of normalisation of relations between Kosovo and Serbia as they provide an opportunity for more interaction and communication between the Parties,” she added.

Petkovic had planned his visit from November 3 to 25 but the request for a visit was rejected.

The ministry told media outlet KALLXO.com that he had abused such visits previously to incite tensions.

“Petkovic, in violation of the concluded agreements, has repeatedly misused his previous visits to incite divisions between the communities and to provoke the official institutions of the Republic of Kosovo,” it said.

The ministry added that if Petkovic refrained from using what it called hate speech, the decision could be reconsidered.

An EU-facilitated Dialogue process between Kosovo and Serbia started in 2011, with mixed results.

On October 7, 2013, an agreement on reciprocal official visits was reached in principle between former Serbian Prime Minister Ivica Dacic and former Kosovo Prime Minister Hashim Thaci. The  agreement started to be implemented in December 2014. This agreement defined the procedures for visits of officials after making requests to the relevant institutions.