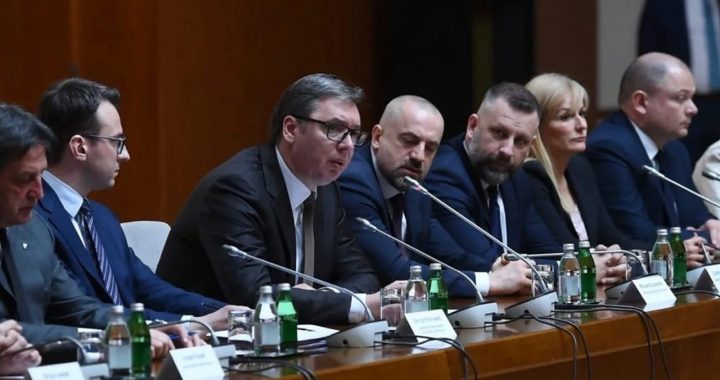 Kosovo's Judicial Council has suspended the head of Mitrovica Basic Court for attending a meeting that Serbia’s President held with Kosovo Serb stakeholders in Belgrade.

Kosovo’s judicial governing body, the Kosovo Judicial Council, on Thursday suspended the head of Mitrovica Basic Court Liljana Stefanovic and established a panel to investigate her, two days after she and political representatives of the Kosovo Serb community in Kosovo met Serbian President Aleksandar Vucic in Belgrade.

In a video message on his Instagram account posted on Thursday evening, Vucic accused Kosovo Prime Minister Albin Kurti of “ordering” the suspension of the judge and warned that “tomorrow the change of all Serb commanders [of Kosovo Police] who were present at the meeting of the National Security Council in Belgrade is being prepared.”

The suspension came one day after Supreme Court head Enver Peci announced that he was “reviewing the participation of Liljana Stefanovic in the meeting with President of Serbia Aleksandar Vucic”.

The meeting was held in connection with the Serbian elections scheduled on April 3, in the wake of Kurti’s refusal to allow polling stations to open in Kosovo, a move that Western embassies have criticised.

As a result, Vucic announced during the meeting that Kosovo Serb voters should cast their ballots in southern Serbia.

He underlined that “his last message” was “whatever you do, Serbia will stand by its people”.

The meeting was also attended by several Kosovo Police officers from the Serb-dominated north of Kosovo.

The Kosovo Police Inspectorate told BIRN on Thursday that they had been informed of the participation of Police members in the meeting, and were “reviewing the case”.

At the meeting, the deputy head of the main Kosovo Serb party, Srpska Lista, [Serbian List], Milan Radojicic – who is under US sanctions and is also wanted in Kosovo – was seen seated next to Vucic.

Radojicic is among several Kosovo Serbs that the US Treasury Department has blacklisted.

In addition, he is suspected in Kosovo of involvement in the assassination of the moderate former Kosovo Serb politician Oliver Ivanovic.

Radojicic last month evaded police arrest at the Kosovo-Serbia border crossing at Brnjak after he found out that Kosovo authorities had put him in a “stop list” for an alleged role in intimidating witnesses in a case dealing with possible illegal construction at the Kosovo winter ski resort of Brezovica.

This article was amended on March 24, 2022, to include comments from President of Serbia, Aleksandar Vucic.