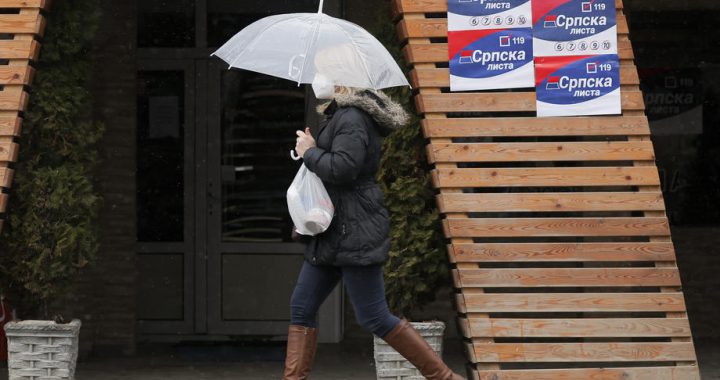 The US, British, French, German and Italian ambassadors have said Kosovo has failed to create fair conditions for Kosovo Serbs to vote in Serbia’s April 3 elections.

The so-called QUINT states have squarely blamed Kosovo for not finding a way to guarantee the right of Kosovo Serbs to vote in Serbia’s April 3 elections.

They have emphasized that the decision of Albin Kurti’s government,  not to allow voting to take place in Kosovo, is in contradiction with the values ​​and principles the QUINT states hold.

“We recognize that it is the special right of the Government of Kosovo to decide whether or not to allow  elections of another country. Although we do appreciate Serbia’s availability to find a solution, with great disappointment we consider the Kosovo Government’s decision to reject a proposal by Quint,” the joint declaration said.

“With this decision, the Government of Kosovo failed to demonstrate its commitment to the principle of protection of the civil and political rights of all its citizens, including members of minority groups,” it stated.

Prime Minister Albin Kurti, at a press conference on March 23, said that they had waited for a request from Serbia to hold the elections, adding that the European Union was dissatisfied that he had not been convinced by letters from mediation officials.

“I would not say Kosovo has made a decision not to hold elections of Serbia, but the truth is that there is no agreement,” he said

“We waited to receive a letter of request [from Serbia]. The EU has not been happy that I have not agreed to comply with letters from mediators [instead]. We have expressed our regret, but more than that I have nothing to do,” Kurti said.

Peter Stano, spokesperson for External Action Service of the EU told a European Commission news conference on March 22 that the European Union regretted what he called “Kosovo’s decision” to reject the QUINT proposal for Kosovo Serbs to vote in the territory of Kosovo for the elections in Serbia.

Kurti told the ambassadors and diplomatic representatives that they do not want to deprive any citizens of Kosovo who have dual citizenship of the right to vote, but at the same time they cannot act against the legitimacy and constitutionality of the country.

Serbia’s President Aleksandar Vucic said on Monday, in the run-up to the election, that Kurti’s government has asked Serbia to recognize Kosovo’s independence in order to allow voting in Kosovo to go ahead on April 3.

Protests were announced by Kosovo Serbs for Friday over the government’s refusal to stage the Serbian elections in Kosovo.

On January 15, the Kosovo Assembly adopted a resolution opposing the holding of voting in Kosovo for a Serbian referendum on constitutional changes.

Votes were cast in Kosovo in the last Serbian elections in June 2020, using a process based on a practice established in 2017, in which the OSCE takes the votes from the polling stations after they close and sends them to the counting centers in Vranja and Raska in Serbia.