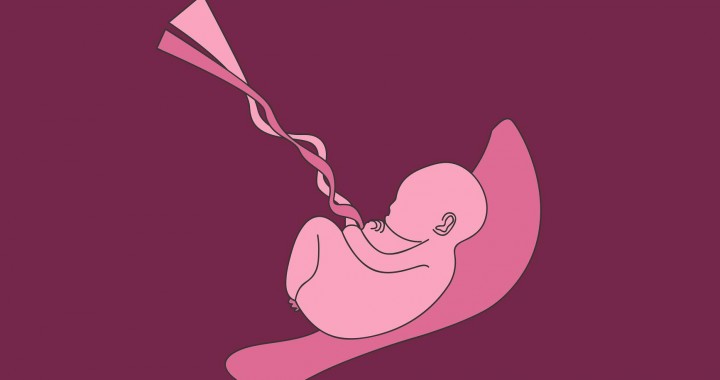 In Kosovo, a Thriving Market in Illegal Abortion

Authorities in Kosovo turn a blind eye to illegal abortion, lacking the political will to reform restrictive laws in a conservative society.

Jehona clutched an ultrasound scan as she recounted the day in 2014 when she terminated her pregnancy after her boyfriend walked out on her.

Fear of the stigma that afflicts single mothers in socially conservative Kosovo drove Jehona to abort. But restrictive legislation meant she had to break the law to do so, leaving her with emotional and physical scars she nurses to this day.

Jehona, now 24, declined to be identified by her full name. Her story is far from uncommon in Kosovo.

Under Kosovo law, only one public clinic at the Kosovo University Clinical Centre, QKUK, is allowed to perform abortions.

Women over the age of 18 are permitted to abort until the tenth week of pregnancy. Those under 18 need the permission of their parents. After the tenth week, abortions can only be performed if a committee within the family planning department of QKUK rules that the health of the mother or the fetus is threatened.

This contrasts, for example, with Britain, where abortions are permitted up until week 24, though the vast majority are performed much earlier.

Already three months pregnant, Jehona knew QKUK would reject her. She turned to a private, registered clinic in Prishtina. There was no preliminary examination and no official record was made of the abortion, she told BIRN. A doctor gave Jehona three pills and she returned to the apartment she shared with university friends.

“The doctor told me, ‘If something happens, call me and I’ll tell you what to do.’”

Jehona paid 150 euros, though enquiries made by BIRN with a number of private clinics suggest the price can reach 500 euros.

For two years since, Jehona said she has been treated for complications in her left ovary.

“I’m sad, but there’s nothing I can do,” she said. She declined to specify which clinic performed the abortion.

The rate of illegal abortion in Kosovo is not known, but reporting by BIRN suggests the practice is a public secret, conducted in some cases by QKUK doctors doing private work on the side and left unaddressed by successive governments unwilling to regulate it for fear of angering their conservative support base.

“It’s hard to prevent when they’re not being reported officially,” the Health Ministry’s Communications Department said in an emailed response to questions. “We don’t know the real number,” the department said.

A 2006 report by the United Nations Population Fund, UNFPA, said that while official data was incomplete, “a large number of abortions are performed in private clinics.”

“If the man doesn’t agree to marry the woman who is pregnant, the abortion is done quickly and secretly so that no one knows,” the report said. “This happens because of the fear of gossip that spreads fast. That woman will always be remembered as ‘the one who aborted’ and the likelihood of getting married will be small.”

There are 108 private gynaecology clinics registered with the Kosovo Health Inspectorate. Fifteen of them are listed as being owned by specialists who also work at QKUK.

Myrvete Paqarada, director of the Gynecologic-Obstetric Clinic in QKUK, told BIRN she knows that doctors on her staff carry out abortions illegally in private clinics. “I’m aware,” Paqarada said. “But listen to what I’m saying – as long as no one comes and tells me that he did this or that, my hands are tied.”

Paqarada does not hide her disdain for abortion, which she described as “murder.”

“The killing of a child is not allowed under religion or science,” she said.

In the room where abortions are conducted at QKUK, a flier is pinned to the wall proclaiming “abortion is a crime performed by the hand of the mother.”

“I put it there so that women and girls who abort will see that they’re committing a crime,” said Sadije Preniqi, the chief nurse in the family planning sector of the QKUK.

Despite confidentiality rules, Preniqi readily shared with BIRN the contents of a large red book in which the abortions carried out in recent years are detailed in handwriting.

Paqarada said that most abortions are carried out in private clinics but also at home, because medication that can induce a miscarriage, such as Cytotec, can be bought in pharmacies. This reporter was able to buy two pills for five euros, without packaging or a receipt. “Take one pill a day and after two days the embryo is destroyed,” said one pharmacist.

The Health Ministry said its ability to regulate was hampered by the secrecy of private clinics. “If a citizen reports the cases, the (Health) Inspectorate inspects the institution and undertakes measures depending on its findings,” the ministry’s communications department told BIRN in an email.

Dejona Mihali, a senior official of the opposition Vetevendosje party, said the government had effectively criminalised abortion in many cases, driving women into an illegal and unregulated market that authorities turned a blind eye to.

“In Kosovo, because of the nature of the prejudice in families and society, these cases … are most of the time carried out in secrecy and often in private institutions over which the Ministry of Health has demonstrated it has no control,” Mihali told BIRN.

“On the contrary,” she said, “they [the authorities] allow them to work without a license, without adequate staff and with the risk of extreme abuse of the patient.”

Illegal abortion was included in the Criminal Code of Kosovo in 2013. BIRN asked the courts, state prosecution, and police how many cases had been tried or were being investigated. The police did not respond, the prosecution said it did not have the information, while the Prishtina Basic Court said just four cases were currently being tried.

At QKUK, Paqarada and another doctor described how they tried to convince some women not to go through with an abortion. “If we convince the mother, that’s not a violation of human rights,” said Dr Blerim Syla. “The opposite would be a violation. How do we know what that child will become tomorrow?”

Sociologist Sibel Halimi said such attitudes only confirmed the patriarchal nature of Kosovo society. “Like this, attempts to improve the position of women and girls remain only a legal attempt to create an image, rather than an attempt to fundamentally change their position.”