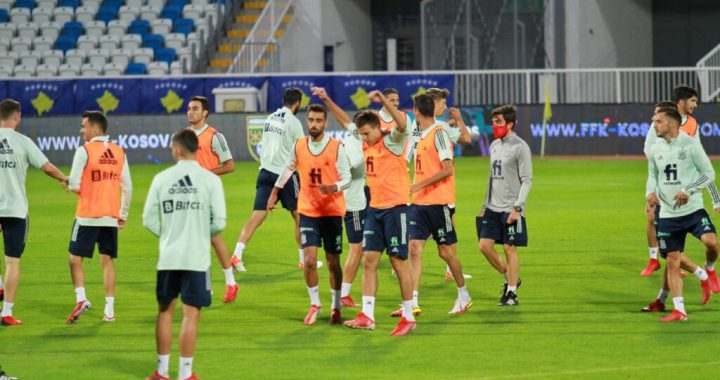 Despite rumbling tensions between Madrid and Pristina over Kosovo's statehood, the country has laid out a welcome mat for the Spanish football team ahead of Wednesday's World Cup Qatar 2022 qualifier.

“Spain is one of the best teams in the world and will be welcomed in Kosovo where, over the years, it has had many fans… they will feel like in their own home,” the President of the Kosovo Football Federation, Agim Ademi, wrote on Tuesday to his Spanish counterpart, Luis Rubiales.

In social media posts, the Spanish team’s Twitter account has also mainly avoided using the term “Kosovo”, preferring to refer to the match in “Pristina”. Only in a recent tweet on Wednesday did the account use the term “Kosovo”.

But Spanish team manager Luis Enrique has spoken highly about the reception his team has got in Kosovo since they landed in Pristina on Tuesday afternoon.

“I want to stress that it is a great atmosphere, people are very good and they have welcomed us. We do not have problems here because we have come to play football and do not deal with politics,” Enrique told the media.

Spain is one of five European Union countries that have not recognised the former province of Serbia since it declared independence from Belgrade in 2008.

When the draw for World Cup qualifications was made in December 2020, Kosovo was initially placed in Group A, but was displaced to Group B as Group A already contained Serbia, which has vowed never to recognise Kosovo.

UEFA rules prevent two countries in political disputes being drawn in the same qualifying group. In Group B, alongside Spain, Kosovo was drawn with Sweden, Greece and Georgia. Of the four nations in the group, only Sweden has recognised Kosovo.