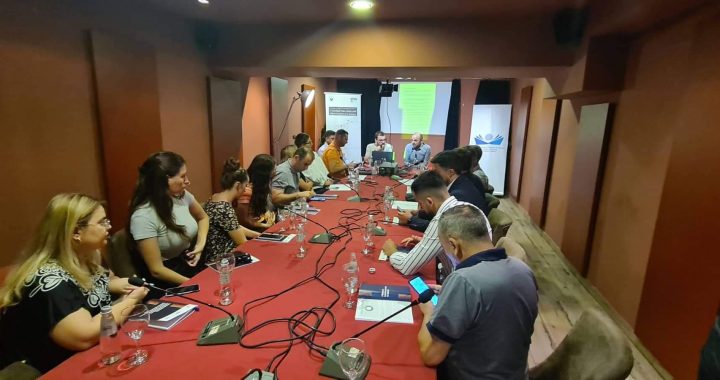 A report by the Press Council of Kosovo said that online media don’t have access to fact-checking specialists or enough editors and sub-editors to deal with the problems of disinformation and fake news.

The Press Council of Kosovo published a report on Monday entitled Misinformation, Disinformation and Fake News in Online Media in Kosovo, which concluded that online media in the country lack the staff to deal with these issues and the money to train journalists in ethical and professional reporting.

The Press Council, a self-regulatory body which includes most of Kosovo’s media, surveyed 18 online media in Kosovo for the report, as well as interviewing media and legal experts.

“Representatives of [state] institutions should have been part of the report but they did not respond to our invitation,” said the head of the Press Council, Imer Mushkolaj.

“It is worrying that institutions ask media to be disciplined but they do not follow the procedures of complaint in cases in which they claim they have been slandered by the media,” Mushkolaj added.

The executive director of the Kosovo Association of Journalists, Getoarbe Mulliqi Boja, said that most fake news is circulated by websites published by interest groups, which are not registered as media outlets.

“Institutions increase disinformation by not giving statements to journalists who, based on the requests of the media they work at, for to get information via secondary sources,” Mulliqi Boja added.

However, the Press Council’s report concluded that there are journalists who directly cause the spread of fake news.

Qerim Ondozi, the author of the report, explained that it was concluded that many media do not follow the Press Council’s ethical code or are not aware of what it says.

Ondozi said that “confusion exists when it comes to internal regulations, when we asked about their existence we were expecting the answers to be related to the Press Council of Kosovo ethics code, however we had various answers, including ‘it is on the wall at the newsroom’”.

Seven out of 18 online media outlets that were surveyed said that they do not have written editorial policies, which increases “the difficulty of practices to identify and verify fake news”, the report says.

Six out of the 18 surveyed said they only have two editors, while at least one online media has no editors, and one has 15 editors.

The report also says that only eight out of the 18 online media have sub-editors. It says this is a source of great concern because “a sub-editor can be the one to identify the presence of elements of fake news”.

Almost half of the online media do not provide their staff with training opportunities for professional development, which is also problematic in combatting fake news, the report says.

The report’s respondents mentioned the lack of financial resources as a problem as well media organizations often being small. At around 40 per cent of the outlets, the owner is also the director.

The lack of financial resources directly influences the “lack of professional staff”, which Mushkolaj considers to be one of the main issues.

The Press Council report recommends that media increase capacities and training, use clear practices in identifying sources and facts prior to publication, and follow professional standards.