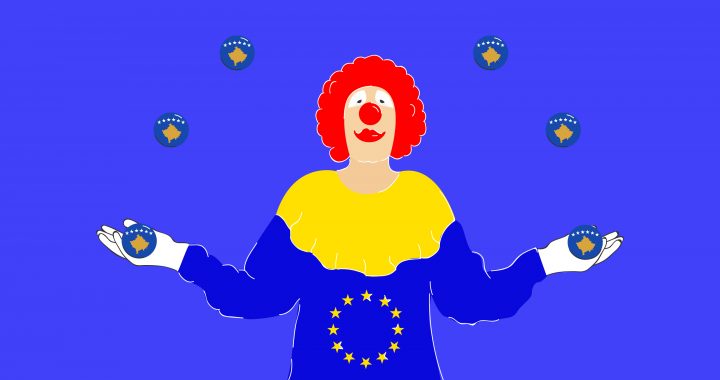 Kosovo’s political class has delivered a decade of failure

The current political class in Kosovo may give the appearance of stability, but it is incapable of delivering good governance, European integration and most importantly, people’s basic wellbeing.

Kosovo’s first contractual agreement with the EU, the Stabilization and Association Agreement, SAA, entered into force in April 2016. At the end of that year, former Foreign Minister Enver Hoxhaj wrote an op-ed for Zeri newspaper stating that 2017 would be the year when Kosovo obtained EU candidate status. Amid the prevailing euphoria, Hoxhaj also stated that Kosovo would apply for Council of Europe membership by January 2018 at the latest.

Today, Kosovo is neither an EU candidate country nor a member of the Council of Europe. On the contrary, Kosovo has also failed to join UNESCO and Interpol in the meantime. The number of state recognitions has stalled and there are reports that up to ten countries have de-recognized Kosovo. Kosovo did not even manage to achieve visa liberalization with the EU, a process that is independent to European integration and easier to achieve.

Hoxhaj should be held responsible for Kosovo’s poor foreign policy performance because he is the country’s longest serving foreign minister. His party, the Democratic Party of Kosovo, PDK, has been part of the government since 2007 and is directly responsible, among other things, for the poor rule of law and economy, the high unemployment rate and the low quality of the education and health systems.

This has not quelled Hoxhaj’s optimism. On April 14 this year, he stated that the PDK needed “to restore hope, trust and optimism… and that can only be possible with PDK in power.”

This statement is a logical fallacy. Restore hope from what? The PDK has been in power for more than a decade, so politically it holds the primary responsibility for the poor performance of the state of Kosovo.

The socio-economic situation remains so bad that Kosovo has experienced the largest fall in its population in the last decade from mass migration. According to the UK Guardian, the population has fallen by 15.4 per cent since 2007, a record low in Europe. That is a shocking statistic for a country that is home to only 1.8 million people – 30 per cent of whom are unemployed, especially the young and women.

Whenever the government of Kosovo has failed to achieve its political objectives, domestic or international, PDK shrugs off all responsibility. Visa liberalization is a prime example of this.

In 2010, the former Prime Minister, now President, Hashim Thaci, promised during his electoral campaign that Kosovo would gain visa liberalization within 15 months. Eight years on, Kosovo’s citizens are the only ones in the Balkans who need visas to travel in Europe. But the PDK folks are again not taking responsibility. On the contrary, Hoxhaj’s new boss, Kadri Veseli, the head of PDK, instead blamed the EU, calling it racist for not granting Kosovo visa liberalization.

Moreover, Thaci’s adventure to ‘correct’ the country’s borders with Serbia has put a black mark on Kosovo. His initiative has seriously damaged Kosovo’s legitimacy because his argument is built on the premise that Kosovo must either give something away, or, Kosovo will become like Palestine. Instead of a president who defends the legitimacy of the state, Kosovo has one who questions it in public.

Cronyism with no end in sight

In September 2017, a new government took office under Prime Minister Ramush Haradinaj. Like his predecessor, Haradinaj has not shown he is capable of good governance. Cohabitation with PDK just continued the culture of nepotism and corruption which is widespread as ever.

Kosovo’s institutions remain filled with party loyalists. The government has been quite innovative in hiring such people, forming two more ministries, for Innovation and Entrepreneurship and Diaspora and Strategic Investment, to do so. This is state capture at its best. The government now consists of six deputy prime ministers and 21 ministries. The number of deputy ministers is unknown, but it is believed to surpass 80. Such a system requires a significant amount of money to perpetuate, and yet maintains corruption at all levels.

A day after Kosovo’s colossal failure to join Interpol last year, Haradinaj covered this failure by imposing tariffs on Serbian and Bosnian imports. Although most Kosovo citizens welcomed this decision, it has not benefited them. According to reports, the price of several products, including basic commodities such as dairy items and bread, has risen as a result.

Meanwhile, Haradinaj has steadily increased wages in the public sector, widening the discrepancy between pay in the private and public sectors and thereby worsening economic instability. The government is the country’s largest employer, and public enterprises generate the largest amount of advertising revenue.

People’s wellbeing is pushed to one side

The public discourse is now centralized around two issues that relate to Serbia: imposition of tariffs on Serbian products and the possibility of reaching a final deal with Serbia. Meanwhile, concrete mechanisms and measures that would pave the way towards European integration and, most importantly, improve the wellbeing of Kosovo citizens, are put to one side.

One of these important tasks is implementation of the European Reform Agenda, ERA, which is a mechanism that derives from the Stabilization and Association Agreement, SAA. To smooth the implementation of the SAA, Kosovo’s authorities and the European Commission drafted the ERA, which centres on three pillars: good governance and the rule of law; competitiveness and investment climate; and employment and education. Each contains actionable items and timelines to be completed by the responsible institutions.

The ERA focuses on the primary priorities of Kosovo within the SAA and should have been completed by the end of 2017. However, Haradinaj’s cabinet has not met the criteria of their own action plan. It is now running almost two years behind schedule. According to an assessment report for 2018 produced by the Prishtina Institute for Political Studies, the GAP Institute and the Group for Legal and Political Studies, only 68 of 108 actions have been fully completed, which is 63 per cent.

The Kosovo government is now planning to draft another list of priorities, known as ERA 2, which will probably include the priorities that were not fully met in the original document, as well as new ones.

EU negligence is part of the problem

The government of Kosovo is not wholly to blame, of course. The EU was never fully engaged in the region and has long prioritized stability over democracy, a system of priorities known as ‘stabilocracy.’

But if the EU wishes to see true change in the Western Balkans, it must eliminate the paradigm that only strongmen can achieve stability and their desired outcome. Most of these leaders have been in politics for decades, and many are involved in corruption and criminal scandals. Most importantly, they are not honest. Thaci, Haradinaj and Veseli only provide stability in Kosovo because they control state institutions such as the police, the intelligence agency, the judicial system and more. If their political power is directly threatened, they are capable of escalating matters dangerously.

It is time for the EU to move beyond ‘stabilocracy’ and advocate real change, supporting a new group of leaders and providing space for such changes to take place. The EU must view the integration of the region as a priority. The Western Balkans needs continuous guidance from the EU. But the EU must in turn pay more attention and replace lofty rhetoric with concrete measures, showing its commitment to the region by investing more quality time and resources as it pushes for more reforms.