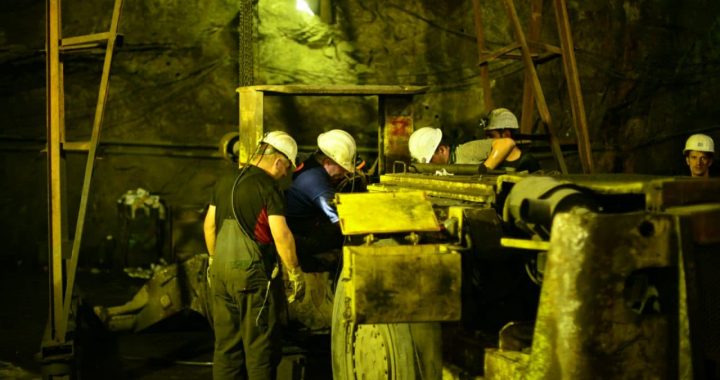 Kosovo’s Trepca Giant Struggles to Pay off Debts to Miners

Kosovo’s mining giant Trepca owes hundreds of thousands of euros to its miners in terms of union fees, pension funds and health insurance, BIRN has found out.

Trepca enterprise deducts 1 per cent of each miner’s salary as a union membership fee, but has never transferred this money to the unions, creating a large debt.

Gani Osmani, head of Trepca Union in the Stanterg mine, told BIRN’s Kallxo Pernime show that the enterprise owes it about 50,000 euros. “The company took the contributions but did not transfer them to our account,” Osmani told BIRN.

Blerim Ymeri, member of the Union in the Artane mine, said it is owed over 25,000 euros.

Enis Abdurrahmani, acting Chief Executive of Trepca, admits that the enterprise “has debts to the unions” and pledged that “the rest of the debt will be paid very soon”.

Osmani told BIRN: “This is a violation done to the employees, because we have cases where retired miners have received less [than their expected contributions]”.

Since September 2019, he said, the money “has been taken each month from the salaries but [the pension fund] is not paid”.

Several Trepca employees have started lawsuits to get their pension funds. Mitrovica-based lawyer Elvir Imeri has started creating the lawsuits and expects to see more Trepca employees almost on a daily basis.

The director of finances at Trepca, Bukurije Haxha, told BIRN that the debt to the pension funds is due to the poor finances of the enterprise, but it is being paid now.

The chairperson of Trepca’s board, Bahri Hyseni, told BIRN the company “has started to pay debts left over from previous managements and is attempting to pay every month,” starting with payments for the last two months.

Together with the enterprise owing miners money for the unpaid pension funds and the union fees, the miners are also not being reimbursed for injuries, due to the enterprise not paying the contracted insurance company.

Trepca owes 198,000 euros to the insurance company which, therefore, no longer reimburses injured employees or families of deceased workers. The company, EUROSIG, declined to answer BIRN’s questions on the issue.

The lead, zinc and silver mine complex, which was once Kosovo’s most profitable conglomerate during the Yugoslav period, is split along ethnic lines.

The northern part of the complex employs workers from the Serb-majority north of Kosovo, and is run by Belgrade. The southern part employs Kosovo Albanian workers and is under the control of authorities in Pristina.

Due to the lengthy dispute over its ownership, the mine only works at a low capacity.