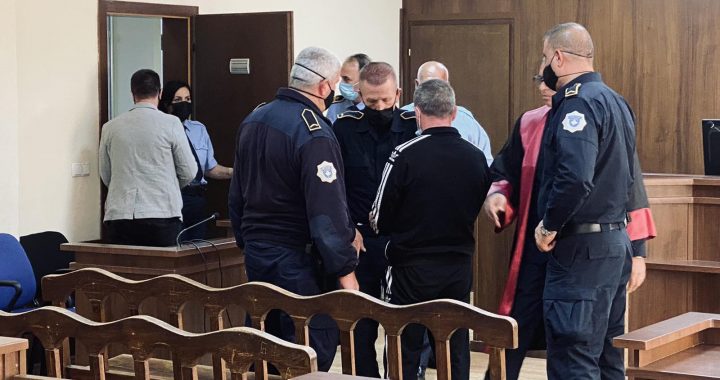 A man sentenced to life imprisonment for the murder of his wife in Berivojcë, Kamenice, has had his sentence reduced to 25 years.

Nuhi Mavrovqani, convicted of the murder of his wife in the village of Berivojcë in Kamenica on July 25, 2020, has had his life sentence reduced to 25 years in prison.

The decision was announced by Sabedin Mushica, presiding judge of the Gjilan Court.

This was the second sentence imposed on Mavrovqani since December 4, 2020, when he was sentenced to life imprisonment for the murder of his wife, described by the court as aggravated murder.

The prosecution said Mavrovqani hit his wife with a metal rod, initially on the left side of the head, knocking her to the ground, while he then continued to hit her on the head and other parts of the body, also with a metal rod.

The accused pleaded guilty to killing his wife but claimed that he had caused her death unintentionally.

In the last session, prosecutor Isuf Sadiku asked the court to find the accused guilty because he said it had been proven that he had committed the murder on purpose.

Based on the Gjilan/Gnjilane Prosecution File, the accused had inflicted fatal open wounds to his wife and a fracture to the left side of her head.

Meanwhile Arsim Vranovci, lawyer for the defence, in his closing remarks, asked the court to take into account as a mitigating circumstance the fact that the accused had pleaded guilty.

In April this year, the Court of Appeal overturned the judgment of the Basic Court in Gjilan, which sentenced Mavrovqani to life imprisonment.

This is the second time in recent years that courts in Kosovo have reduced the life sentences of men charged with femicide.

After Pjetër Ndrecaj was sentenced to life in jail for of the murder of his wife and daughter, aged nine, in 2018, the Supreme Court returned the case for retrial. In November last year, his sentence was reduced to 24 years in prison by the Court of Gjakova. Two months later, he was given another year and eight months in jail for beating his ex-wife, Valbona Ndrecaj.

According to the Kosovo Police, there were two cases of murders of women in the country by June this year. A total of seven women were killed in Kosovo last year.