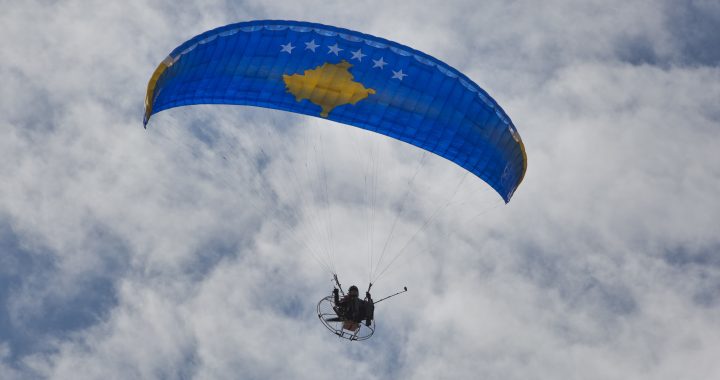 ‘We made Kosovo, now we must make the Kosovars’

Pride in Kosovo’s political independence can live alongside people’s self-identification as Albanians. In the end, it might not matter that much.

“We made Italy, now we must make the Italians.” Thus goes a famous sentence pronounced by Massimo D’Azeglio, an intellectual and a politician, in the immediate aftermath of the formation of the Italian state in 1860. It was an appeal to create national unity amid the linguistic, cultural, and historical fragmentations that divided the Italian peninsula into an array of litigious local groups.

There was nothing unique in D’Azeglio’s appeal, as other nation-states were emerging in the nineteenth century out of strong collective wills, yet still requiring the use of all possible means –  from institutional symbols and festivities to public education, among others – to create among the people a sense of loyalty to the new political system.

That old appeal – and that impulse – came to mind as I reflected on the tenth anniversary of Kosovo’s independence. I celebrated in the streets of Prishtina on February 17, 2008, and remember how the air was certainly icy cold, but full of possibilities. Years later, Kosovo is a state, but where and who are the Kosovars? This is not a new question, in fact it precedes independence, though it was formulated at the beginning mostly as an internal question among Albanians. I remember reading different answers in Migjen Kelmendi’s weekly Java in 2002.

As a newly-arrived outsider, I found incomprehensible the debate on ‘shades of Albanianness’ that would have been sold out by those inclined to build a Kosovar identity. It took some reading and several discussions to appreciate the depth of Albanian national feelings and even the importance of naming.

However, the question of who are the Kosovars remains, but perhaps it should be reframed in less abstract terms, now that Kosovo has independent institutions. What can the Kosovo state do to “make the Kosovars?” And what exactly does this mean?

To stay with the Italian case, did the state ever manage to make the Italians? More than one hundred and fifty years later, the answer is still, in Facebook fashion: “it’s complicated.”  Fighting divisions, Italy had to first defeat southern bandits and the powerful Catholic Church’s boycott; then gave in to an odious fascist order with the aim to beat communism, but ended up in a ruinous war, allied with the most reviled regime in the history of humanity, the Nazis; and as a young democracy, it had to quash the centrifugal forces of German-speaking minorities in the north. Now, after all this, national unity is threatened by a reactionary northern separatist movement that speaks a dialect incomprehensible to the rest of Italians.

Kosovo has certainly greater stumbling blocks on the path to make the Kosovars. Its own Constitution, which is not the emanation of the will of the people as discussed by their constituent parts, but rather the result of an international negotiation, recognizes ethnic divisions institutionally. This complicates unity. Traditionally integrated minorities such as individuals of Turkish descent have become more distinct, as holders of administrative powers in the small town in which they are a demographic majority. For the Serbian minority, the largest of them all, Kosovo does not exist as a state, even as their representatives sit in Kosovo’s Parliament and their ministers take part in meetings of the cabinet.

If being part of the state does not translate into being members of the national community, what would be needed to achieve that result? This is a tough question, and may have no answers, at least until the conflict between Albanians and Serbs is resolved, by which time Kosovo would do well to rewrite its Constitution to smoothen, rather than revive, ethnic divisions.

As for the Albanian majority, this is not the place to rehash the debate that went on in Java years ago. The division between upholders of a Kosovar identity and those who like to call themselves only Albanian is today less sanguine. That Kosovo’s young talents such as pop stars Rita Ora and Dua Lipa, or judo champion Majlinda Kelmendi, are likely to wave the Kosovo flag as much as the Albanian, is another indication that pride in Kosovo’s political independence can live alongside people’s self-identification as Albanians. In the end, it might not matter that much.

But if we go back to the case of Italy, we see that bona pace the northern separatists, Italians do exist. Despite all, the Italian state made an Italian nation. What has not been realized, however, is a certain type of national unity – something different from the harmonization of regional and political divisions, which might never disappear, and hopefully, in a democracy, will always find a way to express themselves.

As British historian Christopher Duggan has suggested, the making of Italy has not managed to cure Italians from what the idealist, nationalist leaders of the past saw as the worst qualities of the people,

The making of Italy has not managed to cure Italians from what the idealist, nationalist leaders of the past saw as the worst qualities of the people, perhaps any people, and the real cause of divisions: egoism, dishonesty, and lack of discipline. In fact, what has happened is that the ills of the people have infected the Italian state, which has been dysfunctional and corrupt for quite a while.

Above I wrote that the very young state of Kosovo is constitutionally incapable of integrating all its different peoples under its fold. Neither has it solved ‘the old Albanian question.’ But what about its ability to create moral unity, at least among its majority?

According to a widespread opinion, both internationally and domestically, the Kosovo state has not performed well so far. On the contrary, it stands accused of being dysfunctional and corrupt, which means, it has been infected by its people’s ills. But the truth is that not everyone is dishonest and selfish, and there are enormous energies and enormous potentials in the society, as Hana Marku recently discussed in this magazine, for social and institutional change. Real change, however, will only come when a new, moral leadership manages to unify the people who call themselves Kosovars.

Correction February 14, 2018: a previous version of this article failed to include a reference to historian Christopher Duggan.