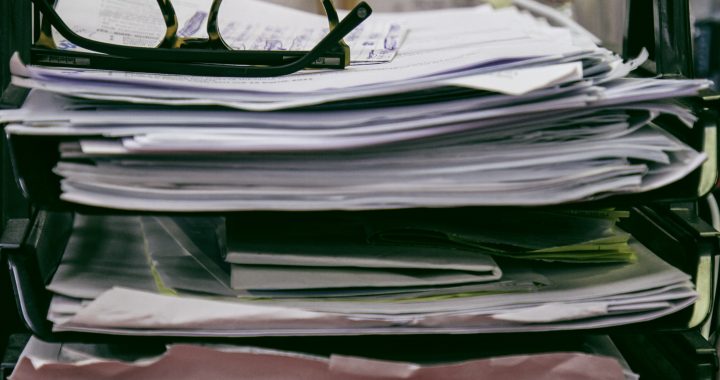 Many public institutions have failed to establish an Internal Audit Unit or Audit Committee, while those that have regularly fail to implement their recommendations.

Internal auditing is an instrument established to assist institutional decision-makers in addressing their weaknesses so that they do not need to be included in reports by the National Audit Office, NAO.

However, many ministries have continued not to take the role of the internal auditor seriously. Based on analysis, some ministries have not finished appointing an Internal Audit Unit, IAU, and Audit Committees, while others do not implement the recommendations they receive from internal audits.

The National Audit Office found that of the 70 institutions that meet the criteria, an IAU has not yet been established in five of them.

The institutions that have not established an IAU are: The Municipalities of North Mitrovica and Leposavic, the Agency for the Management of Memorial Complexes, the Ministry of Regional Development and the Ministry of Innovation and Entrepreneurship. Reasons for failing to establish an IAU include a lack of budget, failures in the recruitment process, or negligence in the organizations concerned.

In terms of sufficient staffing, of the 65 institutions with an established IAU, 37, over half of them, have fewer auditors than the regulations provide for.

According to the Auditor, not establishing Audit Committees also remains a challenge at many institutions.

Of the 65 institutions monitored, Audit Committees were not established in six in 2019: The Municipalities of South Mitrovica and Ranilug, the Property Comparison and Verification Agency, the Central Election Commission, the Ombudsperson Institution and the Ministry of Education and Science.

Low implementation of recommendations at the Ministry of Justice

However, in a statement for BIRN the ministry defended its record.

The Ministry of Justice stated that all unimplemented recommendations are in the process of being implemented, but that difficulties were encountered.

According to the auditor, the reason that recommendations have failed to be implemented is the lack of a formal process for management at the ministry to monitor implementation, as well as a lack of initiative shown by the Audit Committee to push the process forward.

However, the Ministry of Justice said that they are monitoring all the recommendations in which difficulties were encountered.

“The MoJ has taken concrete actions regarding this issue and it has established a new audit committee,” the Ministry stated. “All recommendations where officials have encountered difficulties in implementation are being continuously monitored through regular meetings with the MoJ management.”

The Internal Audit Unit at the Ministry of Justice consists of the Director of the IAU and two auditors. In 2019, based on the risk assessment, eight regular audits were planned, as well as one on-demand audit.

“This plan was fully implemented,” states the Auditor in the report.

In the audit report for 2019, the Auditor noted that the composition of the Audit Committee in the Ministry of Internal Affairs was not in accordance with the law.

Based on the Law on Internal Control of Public Finances, an Audit Committee should consist of three or five members, with two thirds hired externally from the respective audit field and the rest made up of internal staff from the public sector entity concerned.

However, the Auditor found that all of the members of the new Audit Committee were employees of the MIA. “This occurred due to the negligence of the management to appoint members of the committee in accordance with legal requirements,” the Auditor’s report stated.

Agencies within the MIA failing to conduct audits dates back to 2018, when the Kosovo Academy for Public Safety was envisioned to conduct five audits but only managed two.

KALLXO.com sent questions to the Ministry of Interior to enquire about the findings of the Auditor in this ministry, both in 2018 and 2019, but did not receive a response by the time of publication.

Auditor’s reports on the Ministry of Public Administration, MPA, for the last two years state that there has been a low implementation of recommendations from the internal auditor and that its IAU functioned poorly.

In 2019, the NAO stated that the MPA’s internal auditor provided 38 recommendations, of which 15 were implemented, 10 were in the process of being implemented and 13 have not been addressed at all.

According to the Auditor, the reason for not implementing the recommendations at the appropriate level was because there was no formal monitoring of the implementation by the management. The report adds that failure to fully address the IAU’s recommendations increases the risk of recurring errors and shortcomings identified in the functioning of internal controls.

“The Minister should increase the responsibility at all management levels of the ministry so that the recommendations arising from the audit are treated with the utmost care,” the Auditor’s recommendation states.

These weaknesses were also present in 2018, when weaknesses in the functioning of the Internal Audit Unit and low implementation of the recommendations provided by the internal auditor were also identified by the NAO.

Questions regarding the low implementation of recommendations and weaknesses in the functioning of the IAU have been sent by KALLXO.com to the MPA, but no response was received by the time of publication.

In 2017, 2018 and 2019, the Ministry of Local Government Administration, MLGA, did not receive any recommendations from its internal audit. In all three years, the Internal Audit Unit in MLGA has operated with three members, the Director of the IAU and two auditors.

The IAU prepared the strategic plan (2018-2020) and annual plans, which were approved by the Chair of the Internal Audit Committee. In its annual plan for 2018, six audits were planned for 2018. The IAU finalized a total of seven audits, six of which were planned audits, while one was at the request of the management of the ministry.

“Apart from the timely finalization of the reports, they were of a rather high quality and substance,” the 2018 report emphasised. “The audit reports contain conclusions and recommendations which identify some of the shortcomings in the internal control system of the MLGA.”

“The work of the IAU was supervised by the Audit Committee, which held four meetings in which IAU reports were discussed. The Audit Committee also prepared the work report for 2019 which it sent to the management of the ministry,” the 2019 report stated.

Ministry without an internal auditor

In both 2018 and the 2019 reports, the National Audit Office stated that the Ministry of Regional Development, MRD, had not established an Internal Audit Unit, IAU.

However, a response from the MRD to KALLXO.com stated that the ministry has established an IAU but has not yet recruited officials as the recruitment process for all institutions was interrupted in September 2019.

The ministry added that on October 19, 2020, the MRD appointed a certified official as a substitute for the Internal Audit Division until the recruitment process begins.

“The MRD has established an IAU within the organizational structure of the MRD based on the Regulation on Internal Organization and Systematization of Positions GRK 04/2018,” the ministry said.

The Ministry stated that the MRD officer was certified on September 22, 2020 after successful completion of the training.

“The Minister should take action for the effective functioning of the Audit Committee, in order to ensure that the role and mission of the Committee is being fulfilled, and the internal audit function is well monitored,” the Auditor’s recommendation for 2019 stresses.

KALLXO.com sent questions to the Ministry of Education and Science regarding the non-functioning of the Audit Committee in this ministry in 2019, but did not receive a response by time of publication.

In 2017, the IAU audit report file for a project run by the Ministry of Labor and Social Welfare, MLSW found poor documentation, but in subsequent years, this weakness was addressed.

In 2018 and 2019, the Auditor General did not give any recommendations to MLSW regarding its internal audits, while during 2019, the IAU managed to fully implement the annual audit plan.

The number of recommendations given by the IAU for 2019 was 140. The Ministry’s Audit Committee is established and functions well, holding four meetings during 2019.

The Internal Audit is an important function of the system, which assures the senior management that internal control mechanisms are designed and operate effectively. The Audit Committee (AC) is an advisory body to the senior management of public sector entities, and supports the internal auditors by ensuring their independence, assessing the adequacy of resources and ensuring implementation of recommendations given.