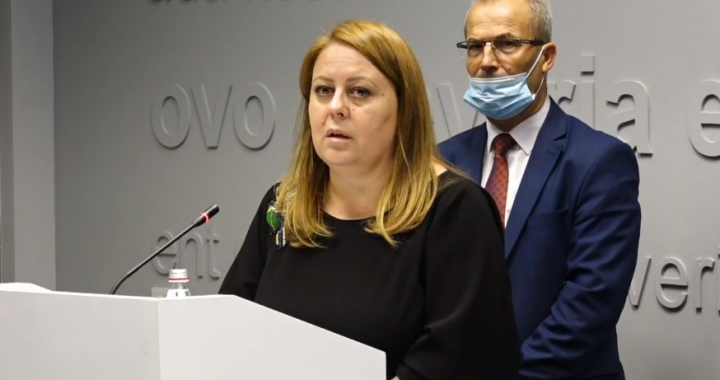 Finance Minister Hykmete Bajrami has revealed that more than two million euros from the Kosovo budget were illegally transferred to a private business earlier this month. One official has been arrested and two more suspended.

In an extraordinary press conference, Hykmete Bajrami, the Minister of Finance and Transfers has revealed that 2.1 million euros were illegally transferred to private operators by an official working at the Ministry of Finance earlier this month.

“So far two officials have been suspended and one has been arrested,” Bajrami said, adding that attempts were being made to discover the beneficiary of the transaction and return the funds to the Kosovo budget.

“The money was withdrawn from the Ministry of Infrastructure and transferred to an economic operator on October 9,” the minister said.

In regards to the Ministry of Finance official responsible, Bajrami stated that the transfer was an abuse of official duty and an abuse of legal authorizations that the official had.

Earlier on Wednesday, Kosovo Police issued a report stating that one person was taken into custody on Tuesday night on suspicion of abuse of official position, after transferring over 2,077,995.90 euros from the state treasury.

Bajrami did not uncover the identity of the arrested person but added that the official had been working at the ministry for 11 years.

“We have a request from the Prosecution not to provide more information as to the identity of the economic operator that benefited, as we may damage the investigation,” said Minister Bajrami, adding that the incident was an “isolated case.”