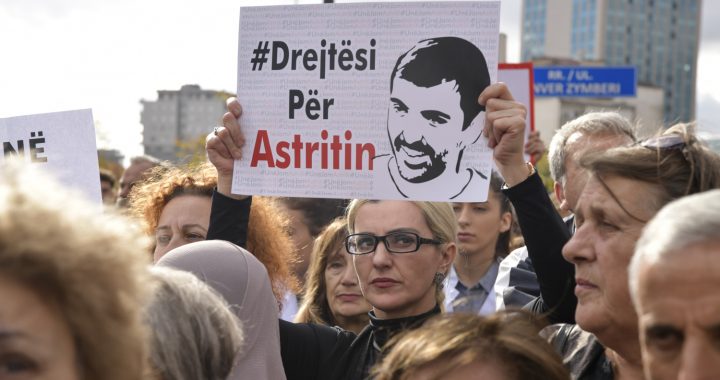 The lawyer of the family of Astrit Dehari, who died in prison in 2016, says important new evidence has emerged in support of the family’s conviction that he did not commit suicide.

The lawyer and family of the Vetevendosje activist Astrit Dehari – who died in disputed circumstances in detention in Prizren in 2016 – claim important new testimonies and evidence on the case has emerged from new witnesses and experts at the Lausanne Institute of Forensic Medicine in Switzerland.

“One witness has come forward and given new testimony that conflicts with the prosecution’s claims,” Tome Gashi, the Dehari family lawyer, told BIRN on Thursday.

Gashi said this new witness, described as a former prisoner alongside Dehari, came to him because of the pressure he was feeling. “I heard him [Dehari] asking for help,” the lawyer said the witness had told him.

Gashi also told BIRN that another new witness, “a lawyer who was in the Prizren Detention Centre on the day of Dehari’s death, has come forward claiming he saw a very chaotic situation there.”

Dehari was detained in August 2016 on suspicion of terrorist actions in connection with the throwing of an explosive device at the parliament.

He died in prison in Prizren on Saturday November 5, 2016. The Ministry of Justice said the 26-year-old died that day some time after 5pm. Forensic Department officials declared he had committed suicide.

However, 17 days after his death, Ministry of Justice inspectors suspended the acting head of the Prizren prison, two supervisors and one correctional officer, raising suspicions about the verdict.

Dehari’s own family, as well as the Vetevendosje Movement, then in opposition, insisted he did not commit suicide, and demanded independent forensic expertise from abroad.

In late October 2019, a report from Lausanne Institute of Forensic Medicine cast doubt on “the hypothesis of a suicide”, and said: “The intervention of a third person in the fatal process should be considered.”

Experts from the Swiss institute are currently testifying on their findings in Prishtina.

At a press conference on Wednesday with Dehari’s parents, Gashi said that they “trust the expertise of Swiss experts. I think they have fully clarified that the Dehari suicide theory has been eliminated.” He accused the special prosecution of “deliberately dragging out the case.”

Gashi also claimed that the family of Naser Makolli, Dehari’s cellmate, would also testify in favour of the Dehari family.

Makolli died six months after Dehari, in the Lipjan Detention Centre. He was transferred there after it was reported that he had been the first witness to find Dehari dead in his cell.