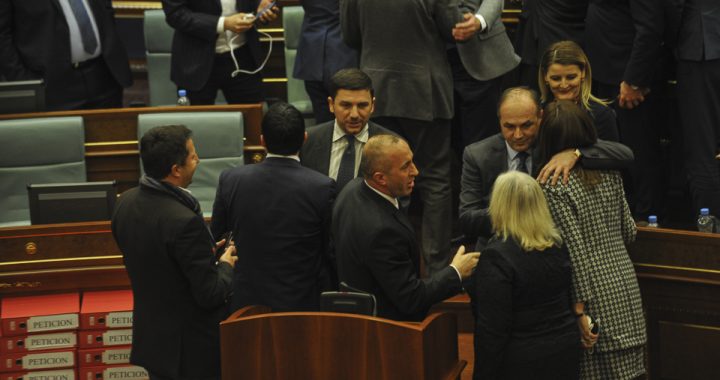 Are we nearing the end of Kosovo’s isolation?

It is essential to note that the border deal does not now make visa free travel inevitable, but we can only hope that the EU does not make corruption an excuse to legitimize the status quo.

For anyone unfamiliar with Kosovo, the scenes broadcast from the Assembly yesterday looked like an unambiguous case of order versus chaos. On the one hand, tear-gas-throwing MPs tried to block the passage of a bill recognizing a border deal with Montenegro. On the other, the government, the EU and the US spoke in defense of “democratic values,” “regional stability,” and the promise of visa liberalization as the reward for parliamentary assent.The behaviour of the disruptive MPs – seven of whom were eventually arrested and dragged out of the parliament – the US Ambassador warned, was “political violence [that] should not be happening in a European country.” Eventually the deal was indeed passed and thus began a flurry of congratulatory exclamations heralding Kosovo’s “progress.”

Portraying those opposed to the deal as some kind of extremist fringe group is easy to do – especially if you don’t speak to anyone from the party – but not accurate. Vetevendosje became the largest party in the Kosovo Assembly in 2017 despite having engaged in exactly the same tactics in the run up to the election. Evidently, the people of Kosovo did not see these tactics as illegitimate. Likewise, while the current Prime Minister may have stoically condemned the protests yesterday, his party previously undertook similar actions and have only recently undergone a conversion to “respectable” political action.

The dominant narrative presented in the run-up to the vote was that the agreement on the border deal would pave the way to visa liberalization. Kosovo remains the only country in Europe where citizens require a visa to travel to the EU. Indeed, the US Ambassador urged Kosovo’s MPs “do not leave your citizens in isolation,” further noting, “I continue to be amazed at how hard some people are working to prohibit Kosovo’s young citizens from traveling in Europe.” Yet, one would be hard pressed to find any of those opposed to the border deal who are actually determined to prevent Kosovo’s people from traveling in Europe; this is a willful misrepresentation of the opposition’s motives.

Beyond just this artificial framing of the issue, it is essential to note that the border deal does not now make visa free travel inevitable. While the link has been routinely made, the EU has in fact advanced an additional condition. As noted in a statement issued by the EU, the border deal is but one “step” towards visa liberalization; before this is granted, Kosovo must also “strengthen its track record in the fight against organized crime and corruption.” There are aspects to this conditionality that should compel observers to ask a number of questions before joining in the celebrations.

First, why are Kosovo’s citizens being punished for the behaviour of a corrupt elite? Few can reasonably dispute that there is significant corruption in Kosovo, but the people of Kosovo are in fact the primary victims of this; given the corrosive effect corruption has on the daily lives of the people, it is almost perverse that they are being further inconvenienced because they suffer this plight.

Additionally, why is Kosovo being treated differently than other neighbouring states who have been granted visa free travel whilst evidencing comparatively higher levels of corruption? According to Transparency International, Kosovo is the sixth least corrupt state amongst the nineteen Eastern European states. Since 2013, Kosovo has made progress without ever going into reverse unlike many of its neighbours whose scores have fluctuated. Additionally, a number of states granted visa liberalization had worse scores when granted liberalization than Kosovo currently has (39 with the higher the figure the less corruption); Moldova was granted visa liberalization in 2013 with a score of 35, Ukraine in 2017 with 30. Kosovo’s road map for visa liberalization however is conditioned on the improvement of the country’s track record of fighting corruption. This  is evidently measured by certain “high profile cases” rather than perceptions of corruption.

Of course, a bigger question that must surely be addressed is “Why, after almost twenty years of invasive external administration, is there still corruption in Kosovo?” Since 1999 Kosovo has been the subject of an extensive international statebuilding apparatus which has permeated all aspects of Kosovo’s economy, judiciary and political system. How can it be that despite this unprecedented degree of external oversight, the country’s progress remains stunted by corruption? What have the international community been doing in Kosovo? One must surely conclude either that they are incompetent, or that they have fact enabled this to happen. Indeed, the “Marty Report” noted many times that the emergence of a corrupt elite in Kosovo after 1999 had to have been obvious to the various international bodies there who, so the report suggests, appear to have acquiesced as it captured the state. That the internationals are now punishing Kosovo for a practice they themselves either failed to tackle or actually enabled is pure hypocrisy.

Finally, those who have observed developments in Kosovo since 1999 will be aware of how illusive achieving externally imposed conditions can become. The infamous “standards before status” approach taken after the routing of Yugoslav forces in 1999 became a means by which externally-imposed benchmarks were advanced in such a way as to enable the international observers to excuse stasis by blaming the locals for their failure to achieve progress. These benchmarks, however, were set so high, and judging their attainment was so inherently subjective, that they became effectively unattainable; Kosovo was expected to achieve a degree of societal harmony, judicial probity and political efficiency that has only ever existed in the grandiose self-image of a European elite. These benchmarks were not in fact designed to enable Kosovo to progress but in fact to facilitate the legitimizing of its paralysis. In his play Four Cows…, Kosovo playwright Jeton Neziraj parodies this when he describes the EU presenting Kosovo’s government with a blueprint for membership titled Kosovo and 3,000 easy regulations on the way to Europe.

The people of Kosovo deserve visa liberalization as much as those who already enjoy it. Quite why Kosovars have been singled out to meet certain targets and make key concessions remains unanswered. Having now raised expectations, the international community would be playing a dangerous game if “fighting corruption” is indeed used as a means to legitimize the unfair status quo.