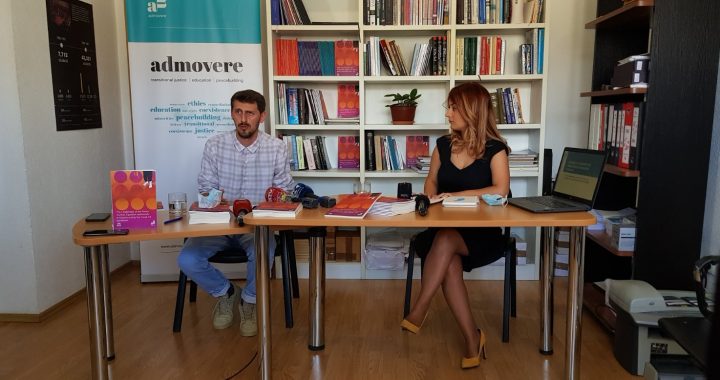 Worsening economic conditions, access to distance learning and access to COVID-19 testing are three of the biggest challenges faced by Roma, Ashkali and Egyptian communities in Kosovo as the coronavirus pandemic continues, a report published on Wednesday by NGO Admovere finds.

A lack of access to data on coronavirus testing among the Roma, Ashkali and Egyptian communities and the low participation of children in minority social groups in online distance learning programmes are two of the main findings of a report detailing the difficulties faced by these three communities in Kosovo during the COVID-19 pandemic.

The report, which was published on Thursday by Admovere, an education and transitional justice NGO, explores the effects of the decisions that were made to contain the spread of the virus and to provide financial support to citizens in the municipalities of Ferizaj, Fushe Kosove and Lipjan, areas where the majority of members of these three communities reside.

According to Durim Jasharaj, co-author of the report, state institutions have not shown any interest in developing policies that would focus on marginalised social groups such as the Roma, Ashkali and Egyptian communities, and none that would address the worsening economic and social conditions many are currently facing as the pandemic continues.

According to the report, by 1 June, no positive cases of coronavirus were reported among members of the three communities across the municipalities of Ferizaj, Fushe Kosove and Lipjan.

“There are no reports that anyone in these three communities is infected,” said Jashari. “However, the problem could be that there are not enough tests happening for the members of these communities.”

While it is likely that minority communities in Ferizaj, Fushe Kosove and Lipjan do not have satisfactory access to testing, Jashari said, they have been provided with financial assistance several times since the outbreak of coronavirus in Kosovo.

The decision of the Kosovo Government in March to allocate additional funding in March, April and May for families who are already entitled to receive financial social assistance has helped many of those in the Roma, Ashkali and Egyptian communities that are struggling as the pandemic has made survival more difficult, said Jasharaj.

“Knowing the high level of poverty and unemployment within these three communities, I believe the decision to add three additional social assistance payments across the last three months has really helped them,” he added.

Ensuring that school pupils from the Roma, Ashkali and Egyptian communities have had access to distance learning and online education has been one of the biggest challenges that Kosovo municipalities have faced, Jashari said.

“In Ferizaj, out of 828 pupils from Roma, Ashkali and Egyptian communities, 51 percent of them have not attended lessons, and that is a high percentage. In Lipjan, around 26 per cent of pupils did not attend lessons,” he said.

Co-author of the report Aulone Memeti said that the Ministry of Education has failed to take into account that these communities may face significant difficulties in accessing organised online distance learning.

“Their lack of access to the internet and absence of technology items such as laptops, tablets and telephones have resulted in a low number of pupils attending lessons,” Memeti said.

Jasharaj believes that the report’s findings expose the everyday, systemic challenges that the Roma, Ashkali and Egyptian communities face even in normal circumstances, that are merely exacerbated by the outbreak of coronavirus.

“These problems are more systemic, and the pandemic has just brought these to the surface. Many in these communities live in very poor conditions, and we think only of their basic survival needs, without going the extra mile,” Jasharaj concluded.