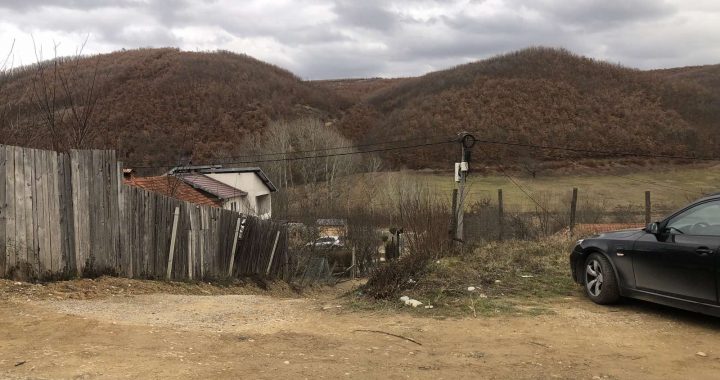 The house of the victim and the alleged perpetrator. Photo: BIRN

The murder of a 48-year-old woman on January 5 in the village of Llausha in the Municipality of Skenderaj/Srbica by her husband has exposed police failure to protect a victim of domestic violence.

Skender Qerimaj, 51, was arrested and ordered into police detention, while  police seized a pistol with three bullets and six cartridges at the scene.

It is reported that the victim requested a protection order on January 1, 2022, but that it was released only after her murder.

Qerimaj, according to the prosecution, took the weapon out of his jacket pocket and shot six times in the direction of his wife, later turning himself in to the police, where he reported that he had killed his wife.

Five days before the murder, Lirije Qerimaj had reported phycological violence by her husband to the police. But, after being interviewed, on the order of the custodial prosecutor Stojanka Kasalovic, he was released.

The Office of the Chief State Prosecutor in Mitrovica, Hatixhe Latifi, on January 6 admitted that the victim had asked for protection, but due to the holidays, no decision was taken.

The police commander in Skenderaj/Srbica, Muhamet Kajtazi, said the police did not request a protection measure for Lirije Qerimaj because they had no indication that the case would end this way, after she returned to her husband after reporting domestic violence.

Two days after the murder, the police presented its side of the whole event and how the case was handled.

According to them, the victim was offered shelter, but at the urging of her son, she returned to the family.

“The complainant / victim was given… the opportunity to obtain a protection order and be housed in a shelter … but at the insistence of her son (adult), who asked his mother not to leave the house, or go to her family, or to the shelter, as there was no reason to leave the house, and as they would take care that the parents no longer had problems with each other, she agreed and decided to stay with the family and not go to a shelter,” the statement said.

Meanwhile, the police inspectorate has started an investigation about the way this case was handled, and the delay in issuing the protection order as requested by the victim.

Chief Prosecutor Aleksander Lumezi called for investigations and disciplinary measures for the prosecutor who ordered the husband to be released. The Minister of Justice, Albulena Haxhiu, also reacted, admitting that institutions were responsible for the killing.

On Saturday, a protest by women from the village of Llausha in Skenderaj demanded the dismissal of the police commander, Muhamet Kajtazi and responsibility from the institutions.

The Kosovo Women’s Network, KWN, reacted to the murder demanding a maximum sentence for the perpetrator.