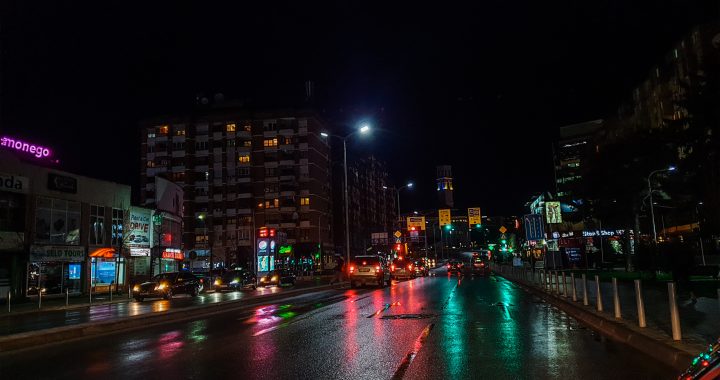 Prishtina protests from its balconies

Residents in Prishtina protested from their homes on Thursday night, banging pots and pans from their windows and balconies to condemn Kosovo politicians for “causing drama and uncertainty” over the future of the country’s leadership during the coronavirus pandemic.

Kosovo citizens, currently on the sixth day of the country’s lockdown following the outbreak of coronavirus, protested from the comfort of their homes on Thursday evening, drumming pots and pans from their windows and balconies.

“The political elite does not have a shared understanding of how the country should deal with the virus and the measures that should be taken,” the organisers said. “All of them are using this pandemic to gain political points by showing the political and personal anger between them.”

While on the 6th day of isolation, Prishtina citizens protest against the political games taking place in times of a global pandemic. #Kosova pic.twitter.com/Q0b1TeJgrz

A political crisis has enveloped Kosovo in the midst of the coronavirus epidemic, with the government and president divided over whether to declare a state of emergency and the Democratic League of Kosovo threatening to table a motion of no-confidence in the government.

The protest’s organisers said that the situation is diminishing the trust of Kosovo citizens in its institutions, something that is “needed now more than ever in order to manage the situation with COVID-19.”

“We organised this protest because we think that this political situation, occurring during a pandemic crisis, will have a negative impact on the country’s ability to deal with the virus and will greatly affect the trust of citizens in Kosovo institutions,” they said.

According to Replike, even though people are currently unable to take to the streets following a government decision restricting large public gatherings, it was still important for people’s anger to be voiced.

“We think that it is very important that people’s concerns are heard by the political elite, especially during a time like this when everyone is expecting Kosovo institutions to mobilise and protect us all from any danger that we know of or is still to come,” the activists said. “In the end, this is what the institution’s job is, to create a safer environment for us.”

Replike noted that this form of protest is symbolic in Kosovo, as it mirrors similar peaceful demonstrations that took place throughout the 1990s in response to persecution of Kosovo Albanians at the hands of Serbian police, when people were not able to leave their homes out of fear.

“In order to oppose the system of that time which was discriminating against ethnic Albanians by dismissing them from work and educational institutions, and also to support the student demonstrations, citizens were mobilized and during the police hour,” the activists explained. “They used to turn off all the lights and create noise with metal kitchen utensils. This kind of protest was organised several times across the whole of Kosovo, especially in Prishtina.”

Stuck in lockdown due to #COVID19 Prishtina protests the government collapse by drumming pots & making noise in their balconies. In my hood ppl were chanting Albin Kurti and " You cant have a state with thieves" https://t.co/wQL1NtWNUM

According to the activists, family members of theirs who participated in the protests of the 90s had flashbacks to these protests on Sunday, when many Kosovo residents opened their windows and balconies to applaud Kosovo’s health sector employees for their work tackling the spread of coronavirus.

“Some members of our families were part of these protests [in the ‘90s], going to their windows or balconies to make noise,” they told Prishtina Insight. “They also told us about the fear they experienced during the time that they created noise because they didn’t want to be detected by the police, and so all the lights were turned off.”