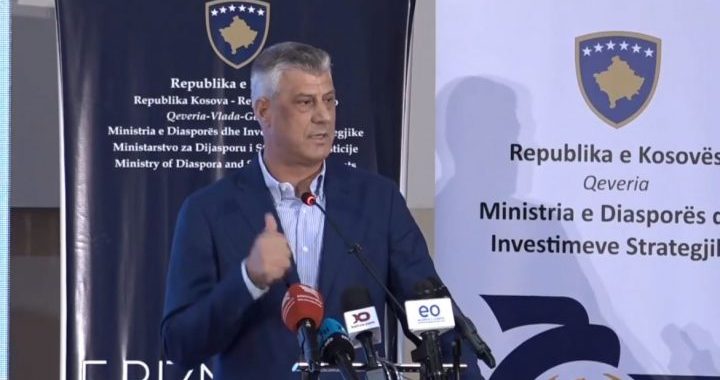 Government and president divided over state of emergency proposal

Senior government figures have denounced President Thaci’s proposal for the Kosovo Assembly to declare a state of emergency in response to the coronavirus epidemic.

President Hashim Thaci proposed that the Kosovo Assembly declare a state of emergency in response to the spread of coronavirus in the country on Tuesday, drawing criticism from leading government figures.

At a press conference, spokesperson for the Kosovo Government, Perparim Kryeziu, said that declaring a state of emergency would be a cause of unnecessary panic. “We consider this measure, besides being extreme and illogical, as irresponsible, given the fact that it will create needless panic,” Kryeziu said.

According to article 131 of the Kosovo Constitution, a state of emergency may be declared by the president upon consultation with the prime minister.

The president must then immediately issue a decree outlining the nature of the threat and any limitations set on rights and freedoms. This decree must be approved by the Kosovo Assembly by a two thirds majority vote, otherwise it does not come into force.

In a Tweet sent on Tuesday night, Thaci announced that he had signed a decree to declare a state of emergency and called on the Kosovo Assembly to ratify it.

Addressing the media earlier on Tuesday, Thaci stated that the proposal to declare a state of emergency had been made following a meeting of the National Security Council.

“Respecting the constitution and the law, I called for a meeting of the Kosovo Security Council tonight,” Thaci said at a press conference, adding that he also consulted with Prime Minister Albin Kurti. “I wish for the situation not to escalate further, each of us are required to take charge.”

However, Deputy Prime Minister Haki Abazi stated on Tuesday night that Kurti was not on board with the “extreme measure” proposed by the President.

While representatives of Kurti’s Vetevendosje have openly criticised the proposal, their coalition partners in the government, the Democratic League of Kosovo, LDK, have been more tight-lipped.

Earlier on Tuesday, before Thaci’s declaration, the party’s president Isa Mustafa seemed to suggest his support for a State of Emergency.

“What is needed is to act fast, even with a state of emergency, because we are facing a disaster which is spreading across the territory of Kosovo. Why should we wait longer? The constitution has spoken,” Mustafa wrote on Facebook.

Lista Sprska, the Belgrade-backed political party which represents Kosovo Serbs in the Assembly, objected to Thaci’s proposal that the Kosovo Security Force be mobilised as part of the state of emergency, describing it as a “quiet occupation of Serbian municipalities.”

“Srpska Lista decisively refuses Pristina’s hidden intention to deploy military forces in the north of Kosovo and Metohija under the pretext of protecting citizens,” a statement from the party reads. “As legal and legitimate representatives of the Serbian people we call on KFOR command to prevent and publicly reject the possibility of deployment of so-called military formations of Pristina in the north of Kosovo.”

In February, a NATO official told Prishtina Insight that any operations undertaken by the Kosovo Security Force, KSF, in the north of the country must be agreed upon with NATO’s KFOR.

Blerta Deliu, an MP from the Democratic Party of Kosovo, PDK, welcomed the President’s proposal. “No additional measure to protect the lives of citizens is excessive in such situations when confronted with a pandemic caused by an unknown virus,” she wrote on Facebook.

Thaci stated that the Assembly will vote on the proposal on Wednesday, although no session has yet been scheduled. The president is expected to submit a request to the Assembly Presidency on Wednesday morning.

The number of confirmed cases of coronavirus in Kosovo rose to 19 on Tuesday. Minister of Health Arben Vitia announced a 17th positive test result at a press conference, while the ministry also released details of two residents of the municipality of Gjakova that also tested positive and recently returned to Kosovo from Dusseldorf in Germany.