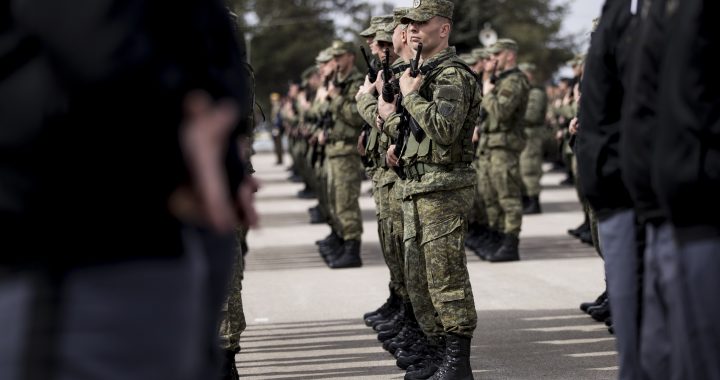 A NATO official has told Prishtina Insight that the mandate of its KFOR peacekeeping mission remains unchanged, and that any operations undertaken by the Kosovo Security Forces, KSF, in the north of the country must be agreed with KFOR.

“Our mission remains unchanged, based on UN Security Council Resolution 1244,” the NATO official said. “Any movement by the KSF to the northern part of Kosovo requires prior notification to and agreement by the KFOR Commander.”

Prishtina Insight contacted NATO after former Prime Minister Ramush Haradinaj claimed in a Facebook post that the KSF “has a full mandate throughout the entire territory of Kosovo, with no limitations.”

Haradinaj was responding to a letter published earlier in the day, sent by then-Prime Minister Hashim Thaci to the then General Secretary of NATO, Anders Fogh Rasmussen, which gave assurances that the KSF “would only undertake a mission in northern Kosovo with prior concurrence from KFOR.”

In his response, Haradinaj claimed that legislation passed in December 2018, and a letter his office had sent to NATO General Secretary Jens Stoltenberg had extended the competencies of the KSF. According to Haradinaj, the letter invited NATO to sign a new operational protocol for KFOR, “this time without territorial limitations.”

However, NATO’s response to Prishtina Insight suggests the new protocol was never signed. “For 20 years, peace and stability in Kosovo has been a priority for NATO,” the NATO official said. “Our mandate has not changed, and we will continue our peacekeeping mission.”

BIRN contacted Rrahman Rama, Lieutenant General of the KSF, but he refused to comment on the issue.