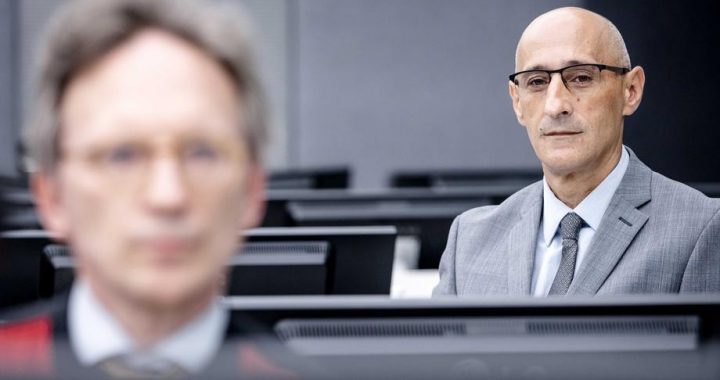 Closing statements are continuing this week in the Hague trial of former KLA commander Salih Mustafa.

In its closing statement on Tuesday, the prosecution in the trial of former Kosovo Liberation Army commander Salih Mustafa asked the trial chamber to give the defendant a “long prison sentence” for crimes committed against civilian detainees during the 1998-99 Kosovo war.

Mustafa, a commander in the KLA’s wartime Llap Operation Zone of northeastern Kosovo, is charged in The Hague with arbitrary detention, cruel treatment, torture and murder of civilians.

According to the indictment against him, in April 1999 detainees were held at a KLA compound in the village of Zllash/Zlas, deprived of food, water, sanitation, hygiene, bedding and medical care, and subjected to “beatings with various instruments, burning and the administration of electric shocks.”

Requesting a lengthy prison sentence, special prosecutor Jack Smith told the Kosovo Specialist Chambers in The Hague: “The reality of the charges and the crimes charged, including the very large effect they have had on the lives of the victims and their families, is an important aspect to consider.”

“The dual role of the accused as commander and participant constitutes a major aggravating factor for his conviction,” he said.

Smith described Mustafa, who went by the nom de guerre Commander Cali, as being in charge of the Zllash and a “direct perpetrator” in the crimes, who “ensured that those under his command treated the victims with particular brutality and severity.”

Another prosecutor, Silvia D’Ascoli, reminded the court that two witnesses has mentioned the accused by name “as a person who participated directly” in their questioning and beatings.

“Commander ‘Cali’ shouted at him, cursed him and beat him before leaving him in the hands of the soldiers who beat him until he lost consciousness,” D’Ascoli quoted one witness as saying.

Mustafa’s indictment was confirmed on June 12, six months after he became the first KLA suspect to be arrested and transferred to detention in Kosovo Specialist Chambers, established to prosecute KLA fighters for crimes committed during the guerrilla war against the repressive rule of Serbian strongman Slobodan Milosevic.

Mustafa is the first ex-KLA fighter to be tried there. Closing statements will continue this week.