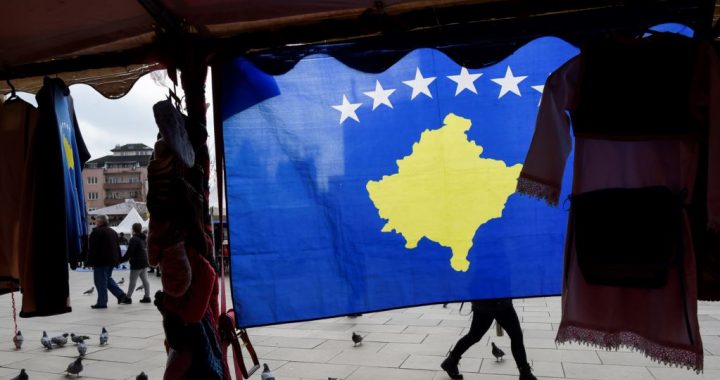 A tweet from Kosovo President Hashim Thaci thanking Jamaica for its recognition of Kosovo on Thursday evening was subsequently dismissed by the Jamaican Minister for Foreign Affairs, who stated that ‘To date, Jamaica has not recognized Kosovo as an independent state.’

Kosovo President Hashim Thaci published a tweet on Thursday evening announcing that Kosovo’s Ambassador to the United States Vlora Citaku had informed him that Jamaica now recognises Kosovo as “sovereign and independent,” thanking lobbyists for their hard work pushing for this recognition.

However, in the early hours of Friday morning, the Minister for Foreign Affairs and Foreign Trade of Jamaica, Kamina J. Smith, responded to Thaci’s announcement and denied that Jamaica had recognised the country.

To date, Jamaica has not recognized Kosovo as an independent state. https://t.co/HLNtJaOWLh

The Office of the President reportedly told local media Reporteri on Friday that Citaku informed the President, as well as the Prime Minister and Minister of Foreign Affairs.

Kosovo’s Minister for Foreign Affairs Glauk Konjufca stated that diplomatic relations had not yet been agreed upon between the two countries, but that the Kosovo Government was under the impression that recognition had been secured.

Following Smith’s dismissal of claims that Jamaica recognised the country, MPs called for the resignation of Ambassador Citaku.

MP Fitore Pacolli, in reference to the Ministry of Foreign Affairs’ decision to fire numerous members of its diplomatic service on Thursday, said that the government’s foreign service clearance action “might now apply to ambassadors too.”

“Kosovo now needs competent, professional, responsible and service Ambassadors for the good of the state. We do not need Ambassadors disseminating false information,” Pacolli said in a response on Facebook on Friday morning. “If the news of recognition from Jamaica is not true, Ambassador Citaku should be immediately dismissed and held accountable.”

Dr. Gezim Visoka, associate professor and editor of the Routledge Handbook of State Recognition, believes that there was likely a breakdown in communication.

“There must have been some miscommunication between Jamaica and Kosovo, or at least an early announcement by the Kosovo side,” Visoka told Prishtina Insight, adding that Kosovo diplomats are often careful not to engage in premature announcement of recognition decisions, because it risks alerting Serbia and its allies to prevent such a move.

Kosovo has been attempting to receive international recognition from United Nations member states since its declaration of independence in 2008. A political tool of foreign diplomacy, recognition is an acknowledgement evidencing that countries agree to establish mutual political, economic and cultural relations.

Kosovo has not received recognition from another state in over two years. The last recognition came from the government of Barbados on 17 February, 2018, the 10 year anniversary of Kosovo’s declaration of independence.

While the exact number of recognitions Kosovo currently has is not wholly clear, the number sits at around 110. Kosovo has suffered from a number of purported derecognitions following a campaign from Serbia’s foreign service, where states that had previously declared that Kosovo is a sovereign and independent state rescinded their support.

Visoka is concerned that the incident with Jamaica may cause further issues with derecognitions in the future. “In the short term, it has certainly left a bad taste and could potentially irritate other states or spark another wave of derecognition,” he said. “The possibility now is open for Serbia to exploit this event and push for further derecognition of Kosovo.”