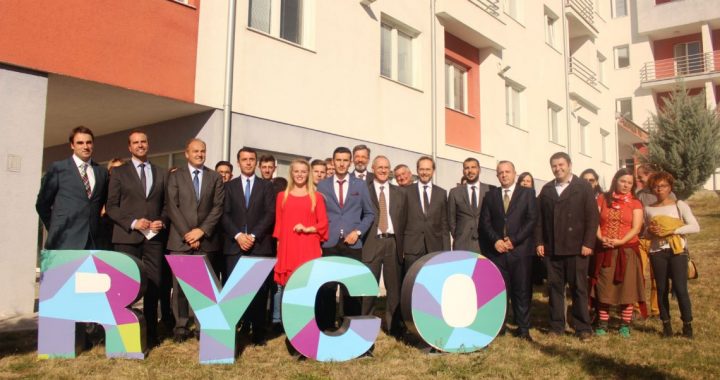 The Kosovo branch of the Regional Youth Cooperation Office, a common project agreed upon by the Balkan Six, opened yesterday.

The local branch of Regional Youth Cooperation Office, RYCO, was opened on October 10, 2017, at the Student Center of the University of Prishtina.

RYCO aims to facilitate and support youth exchange projects in the six Western Balkan countries — Albania, Bosnia and Herzegovina, Kosovo, Montenegro, Macedonia, and Serbia. The cooperation office, which stems from the ‘Berlin Process’ to strengthen cooperation in the Western Balkans, intends to foster reconciliation, trust, cooperation, and dialogue after the fallout following the wars of Yugoslavia’s disintegration during the 1990s.

Present at the opening event were Deputy Prime Minister Enver Hoxhaj, Minister of Culture, Youth and Sports Kujtim Gashi, as well as ambassadors and representatives of foreign governments and institutions in Kosovo.

“I would like to commit to full governmental support, within our abilities, for the offices in Tirana and Prishtina,” said Hoxhaj.

“The vision of this office is to support a diverse region where the youth, as the greatest group that could invest in the future, are responsible, and play an important and active role in the mediation of a rich future for our society,” said Gashi.

RYCO Local Branch Officer in Kosovo Krenare Gashi pointed out that the office in Pristina will be “a linking bridge between the youth of the region.”

Meanwhile, Arianit Jashari, a youth representative of the RYCO board, said that Kosovo youth are the best kind of ambassadors, and that the opening of this office will contribute to cooperation and change stemming from the youth.

“The high unemployment rate and the visa problem are the biggest challenges that are faced by the youth of Kosovo,” he said.

RYCO offices are sponsored by the governments of the participating states, as well as with funding from the European Union and other donors.