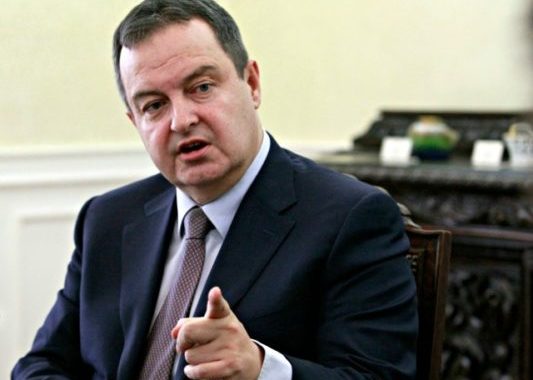 Serbia has continued its campaign encouraging countries to withdraw recognition of Kosovo, with Serbian Minister of Foreign Affairs Ivica Dacic stating on Tuesday that Sierra Leone’s alleged ‘de-recognition’ means that less than half of UN member states now recognise Kosovo.

Serbia’s Minister of Foreign Affairs, Ivica Dacic, has claimed that Sierra Leone has withdrawn its recognition of Kosovo as an independent state. Serbian state news agency Tanjug reported on Tuesday morning that Dacic made the statement during an ongoing official visit to Sierra Leone.

“It is with great pleasure that I can show a note from the Ministry of Foreign Affairs stating that Sierra Leone is withdrawing recognition of Kosovo as an independent state,” Dacic told Tanjug. “It will respect the results of the dialogue, with the mediation of the EU and the UN.”

Dacic claims that Kosovo no longer has a simple majority in the UN, as the number of countries that recognise Kosovo as an independent state is lower than those that do not. The Serbian foreign minister states that 96 countries do not recognise Kosovo, in comparison to 92 that have confirmed their recognition.

Dacic has previously stated that Serbia’s derecognition campaign has a specific goal: ensuring that the number of UN member states recognising Kosovo falls below 50 per cent of its total membership.

Earlier this year, US Special Envoy for the Kosovo-Serbia Dialogue Richard Grenell called for the cessation of the derecognition campaign in a visit to Serbia, alongside the removal of the 100 per cent customs tariff imposed on goods entering from Serbia and Bosnia and Herzegovina.

Outlining plans for the gradual removal of the tariff, Kosovo Prime Minister Albin Kurti stated that the tariff would be completely suspended for 90 days on 1 April if Serbia made a public pledge to drop its derecognition campaign.

The proposal was dismissed by Serbian President Aleksander Vucic, who described the plans as “another attempted fraud.” Yesterday, during a visit to Washington D.C, Vucic announced that new withdrawals of Kosovo’s recognition are expected in the next few days and that Serbia will not stop with its derecognition process.

Sierra Leone is a country on the Atlantic coast of West Africa, and was among the first countries to recognise Kosovo’s independence in 2008. Prishtina Insight has sent a request to the Ministry of Foreign Affairs of Sierra Leone to confirm or deny the reports of withdrawal of recognition, but received no response at the time of publication.