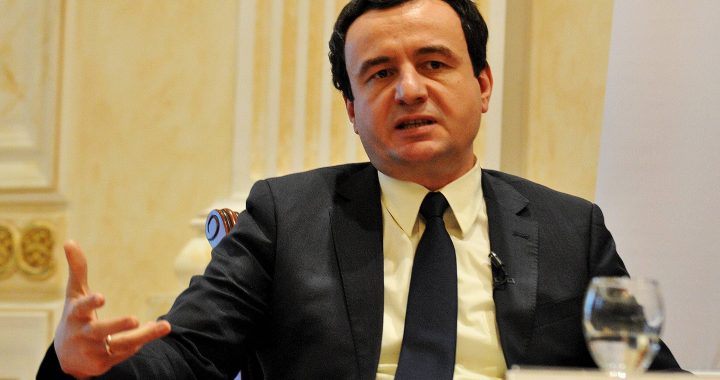 Kurti takes responsibility for dialogue in letter to Trump

In a letter to US President Donald Trump, Prime Minister Albin Kurti has said he will end the “lack of coordination” over who represents Kosovo in the dialogue with Serbia, stating that the government will “take full and exclusive charge in leading this process.”

In a letter sent to US President Donald Trump and Secretary of State Mike Pompeo, Prime Minister Albin Kurti has stated that he and his government have the constitutional mandate “to take full and exclusive charge” of the dialogue process with Serbia.

The letter, which is dated February 28 and was made public on Monday, states that there has been a “significant lack of coordination between Kosova’s representatives regarding Kosova’s role, interests, and goals in the dialogue with Serbia, as well as a lack of clarity as to who speaks on behalf of Kosova on the international stage and at the negotiating table.”

Kurti states that this will end under his government. “My government and I, as its Prime Minister, have the constitutional mandate, the political will, as well as the legal duty to take full and exclusive charge in leading this process and representing Kosova at the highest diplomatic level,” he informs Trump and Pompeo.

The letter comes during a visit to the US by Kosovo President Hashim Thaci, which has included meetings with Pompeo, Chairman of the House Foreign Affairs Committee Eliot Engel and Special Envoy for the Kosovo-Serbia dialogue, Richard Grenell.

The Prime Minister also outlines his recently announced plans to partially remove the 100 per cent customs tariff on goods from Serbia and Bosnia and Herzegovina in the letter, describing it as a gesture of diplomatic good will.

He also requests that the US and EU establish “monitoring and sanctioning mechanisms to ensure that both sides abide by commitments made in existing and future agreements between both sides.”

Kurti’s proposal to partially remove the tariff has been criticised by Grenell, who claimed the plans did not have US support. An extraordinary session held at the Kosovo Assembly on Monday saw the plans debated by Kosovo MPs.