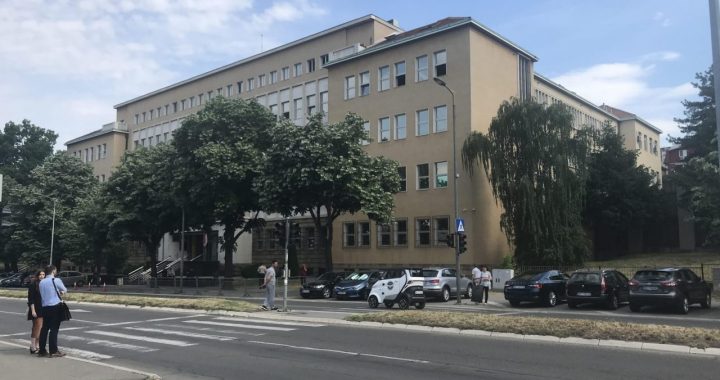 Belgrade Higher Court sentenced alleged wartime Kosovo Liberation Army member Petrit Dula to two years in prison for participating in the beating of a civilian in Kosovo in 1999.

Judge Snezana Nikolic Garotic told Belgrade Higher Court on Tuesday that Petrit Dula was found guilty of committing a war crime by assaulting a civilian in a village near the town of Djakovica/Gjakova in Kosovo in June 1999.

Nikolic Garotic said that Dula was convicted on the basis of witness testimonies and that he had received a light sentence due to mitigating circumstances.

“The court reduced the sentence because it took into account numerous mitigating circumstances such as the family circumstances of the accused and his attitude towards the crime,” she explained.

According to the indictment, in the second half of June 1999, alleged Kosovo Liberation Army member Dula, together with several unnamed people, forcibly seized civilian Gazmend Krueziu from a house in a village near the town of Djakovica/Gjakova in Kosovo.

They took him to Dula’s house, where Dula inhumanely mistreated the civilian, physically abused him and injured him.

The indictment alleged that Dula hit Krueziu with a baseball bat, threw a bottle at him and hit him above the left ear with a full bottle while he was sitting on a chair with his hands tied, while other KLA members hit him with rifle butts and punched and kicked him.

Later they transported him to a KLA headquarters in the village of Babaloc, where other unknown KLA members continued to abuse him and ask where other guerrillas and their relatives who died during the war were buried, and whether he participated in the war on the Serbian side.

He was released the next day by order of the unnamed commander of the KLA headquarters in Babaloc.
Dula pleaded not guilty at the start of the trial in September.

He claimed that he was not a KLA member and that he did not have a weapon or a uniform. He also said that during the Kosovo war, he was in Bulgaria.

However, judge Garotic Nikolic said the court established that he was a KLA member.

He was convicted despite the fact that alleged victim Krueziu told the court in October that the defendant “is not that man” who participated in beating him.

He denied that he specifically named Dula as one of the perpetrators when he was questioned by Serbian investigators in Podgorica in 2011.

Two other witnesses – said to be Krueziu’s wives – also changed their testimonies during the trial in Belgrade in order not to incriminate Dula.

But Nikolic Garotic said one of the investigators who originally took the testimonies in 2011 told the court that they spoke freely and that the record of their testimony was read back to them.

Tuesday’s verdict was a first-instance ruling and can be appealed.