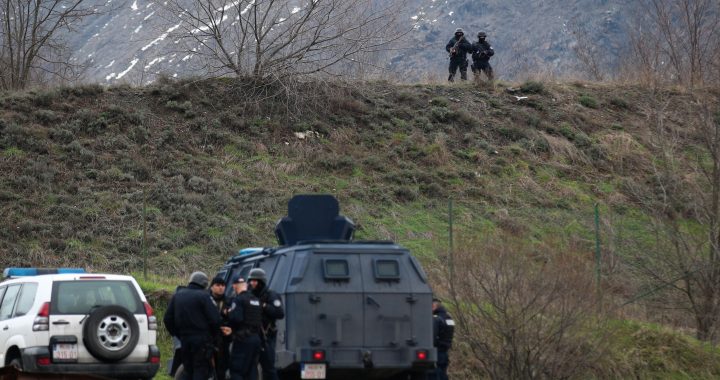 Serbia threatens to quit dialogue over arrests in Kosovo

The director of the Serbian government’s Kosovo office, Marko Djuric, said that Belgrade will halt its EU-mediated talks with Prishtina unless Kosovo releases five Serbs who were arrested on Tuesday.

Marko Djuric told a press conference on Tuesday that unless Kosovo releases five Serbsarrested on Tuesday in the Kosovo town of Gnjilan/Gjilan by the evening, Belgrade will halt its talks with Pristina “for a long time”.

“Unless they are released by tonight, our message is that there will be no dialogue and there will not be for a long time. And that is President Aleksandar Vucic’s message and a message we gave to the representatives of the European Union,” Djuric said.

Kosovo police arrested the five Serbs earlier on Tuesday, alleging they were “involved in activities against the constitutional order and security of the Republic of Kosovo”.

Pristina denied that the arrested men were members of the Kosovo Security Forces, as some Serbian media have reported.

Djuric said that Kosovo police arrested Radovan Stojkovic, the head of Serbia’s Kosovo-Pomoravlje district, Jovan Denic, director of the local office of Serbian National Employment Service, Nenad Stojanovic, a member of the Serbian Army living in Kosovo, and brothers Aleksandar and Predrag Djordjevic, one of whom is an active member of the Serbian police and the other a retired police officer.

He claimed the men were arrested because they did not support the formation of a Kosovo Army or have publicly opposed it.